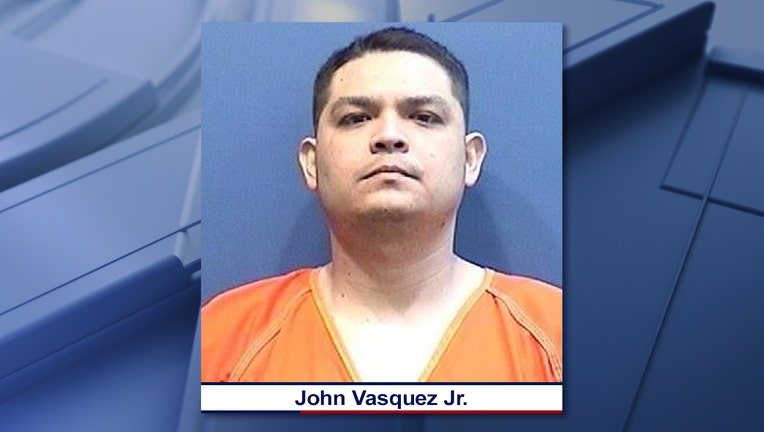 THE COLONY, Texas - A Dallas Police Department officer was arrested in The Colony after police said he assaulted a woman he was dating.

Responding officers met with the victim, and determined she had been assaulted by her boyfriend, John Vasquez Jr., who is a Dallas PD officer.

Officers found Vazquez pulled over near the victim’s home.

They interviewed him, before taking him into custody for aggravated assault with a deadly weapon family violence, interference with emergency request for assistance, unlawful carrying weapons, and driving while intoxicated.

Dallas PD said Vazquez has been with the department since 2013, and has been placed on administrative leave until an internal investigation is complete.