Police believe a woman was an innocent victim of a gun battle near a playground in the Pleasant Grove neighborhood of Dallas.

DALLAS - Police believe a woman was an innocent victim of a gun battle near a playground in the Pleasant Grove neighborhood of Dallas.

Police say a group of teens got into some sort of fight Monday evening, pulled out guns and started firing.

Lisa Henry, 40, was hit multiple times. Neighbors fear what happened Monday may lead to an escalation of violence.

Flowers now mark the scene where Lisa Henry was shot and killed Monday evening. Police say a group of teens exchanged gunfire at this playground near the Mirasol Apartments in Pleasant Grove.

"What you do out here on these streets to portray that you're gangster and that you're this and that with these guns, that's not it,” said Alice Scott, who lives in the neighborhood.

Scott says when she saw the kids shooting, she ran inside her apartment to check on her child.

“I went in the house and saw my son was there and I just started crying and gave him a hug because you never know,” she said.

Neighbors say the victim, who was in town visiting family, was sitting on a bench when gunshots rang out.

Henry may not have been the only victim of the shooting. 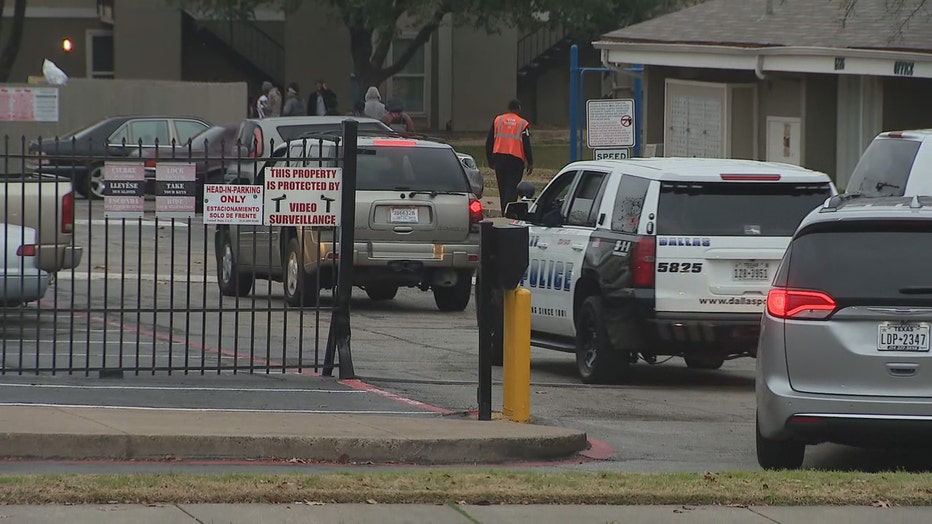 A resident of the apartment complex, who did not want to speak on camera, returned from the hospital Tuesday afternoon. His 9-month-pregnant girlfriend told FOX 4 off camera they believe he was shot in the foot while they were on a walk around the same time the gunfire rang out.

People who live in the area are now worried there may be an increase in violence.

Police have not confirmed a second shooting victim. FOX 4 reached out to Dallas PD to find out what led to the shooting and if there are any specific suspects, but we have not heard back with those details.

Crime Stoppers is offering up to a $5,000 reward for information leading to an arrest.