DALLAS - A virtual event this weekend will pay tribute to the legacy of Dr. Martin Luther King Jr., while also teaching activism.

The March on Washington back in August 1963 is a notable moment people remember when celebrating the Martin Luther King Jr. Day. 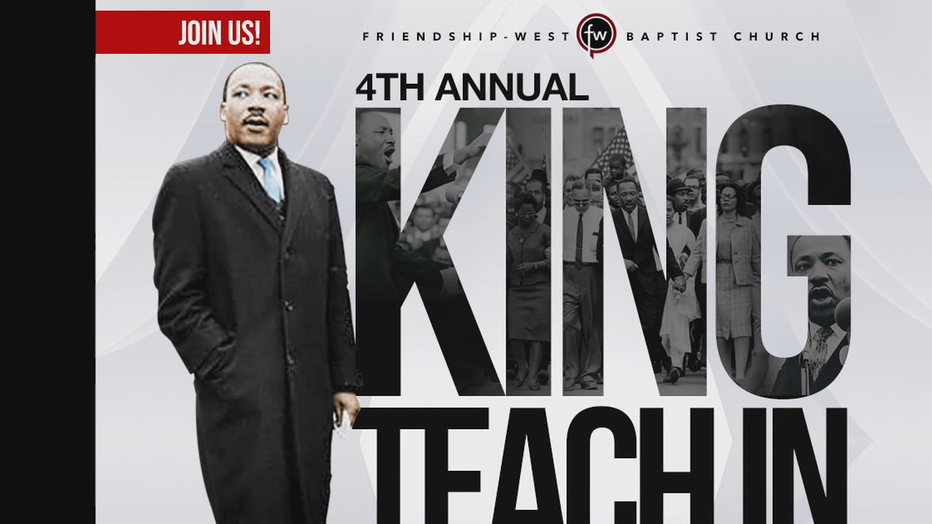 The timing, in the current political climate, is hard to ignore.

"I don’t think it’s an accident that what happened January 6, and its aftermath, is leading in to the celebration of such an amazing prophet who called himself a drum major for justice, a drum major for peace," Dr. Haynes.

The moderated discussion will include a panel of youth and young adults, and delve beyond Dr. King’s historic moments to the resulting legislation that followed each.

Dr. Haynes will stress that protests and marches are not the only way to incorporate activism into daily life.

He suggests volunteering with efforts like food bank events, or simply staying informed about our world.

"We often miss the fact that Dr. Martin Luther King Jr. is celebrated, not because he had a dream, but because his prophetic witness led to change in public policy," he added. "Right now, we have the opportunity, if we handle this moment right, to produce a third reconstruction as we move toward making America a more perfect union."

It will be livestreamed on several social media platforms and the website for Friendship West Baptist Church.