City workers and volunteers transformed one of the library’s floors into a giant sleeping area.

DALLAS - The city of Dallas opened a cold weather shelter for those who needed it Tuesday night.

But this time, instead of the Kay Bailey Hutchison Convention Center, the city is using the main library located in downtown Dallas.

The temporary shelter has a capacity of up to 270 people. Once people go through the security check they have to stay inside. Signs posted on the doors let people know that anyone with a felony warrant would be arrested.

“We are looking for major felonies so if there are any parking offenses or misdemeanors that's not going to preclude you from staying at the shelter,” said Monica Hardman, City of Dallas, Director of Homeless Solutions.

Will, who asked that we not use his last name, is one of dozens of homeless residents in Dallas who showed up to use the city's Temporary Inclement Weather Shelter overnight. He said he had no problem with the background checks.

“Very important especially with the way the weather changes up on us,” Will said. “I'm thankful. I'm thankful.” 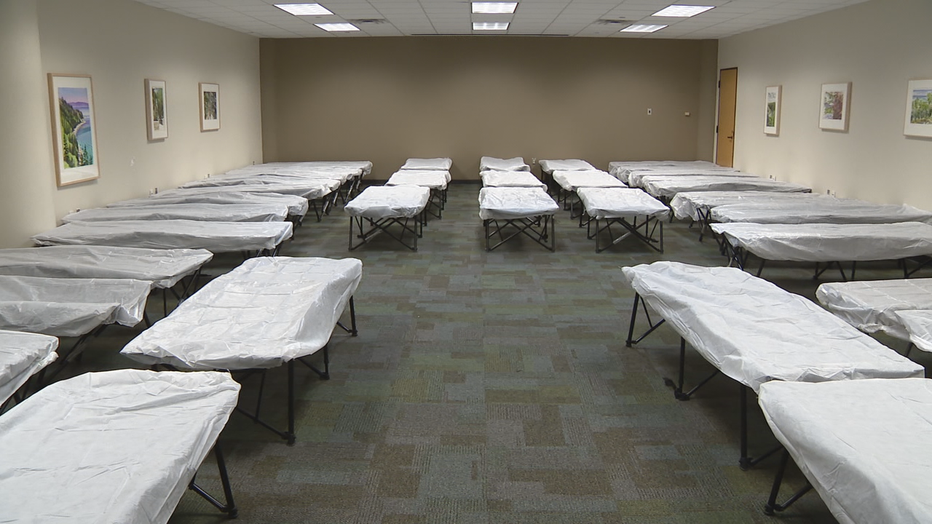 City workers and volunteers transformed one of the library’s floors into a giant sleeping area.

“This being in the heart of downtown where most of the people are here we're trying to make it as easy as possible,” said Rocky Vaz, City of Dallas, OEM Director.

There's separate spaces for registered sex offenders, women and children and transgender residents looking to get out of the cold.

Hardman said the city has opened up the inclement weather shelter seven times so far this winter. The convention center was unavailable this time.

The overnight shelter closes at 7:30 a.m. Wednesday, but the city says folks won't be kicked out. Instead, the library will open early so people can hang out until the bad weather passes.