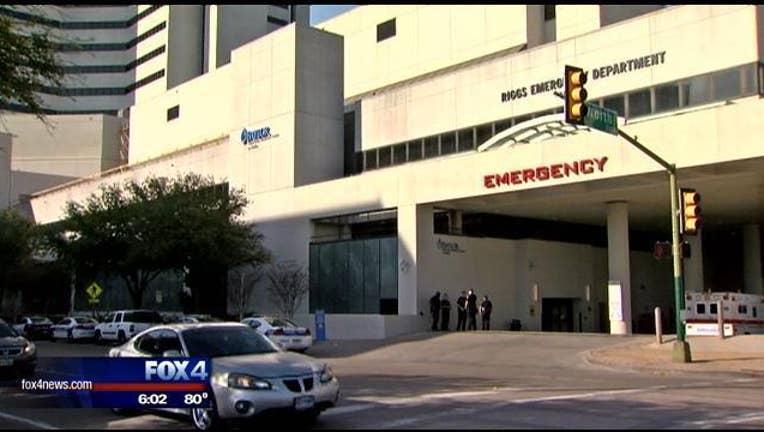 Friends and family are rallying around the Dallas Police Officer who was hospitalized Friday after suffering what is believed to be a heart attack.

Dallas police have not officially released the officer's name but we know he's a nearly 30 year veteran of the force and he is a very loved and respected officer in a little community that he serves.

He's described as a cop's cop and a man who exemplifies the very definition of community policing.

"He means a lot to the community here, because he wants to be involved," says William Clark.

The Dallas Police Officer who collapsed Friday is known to many here in the Jubilee Park Neighborhood simply as Officer Jimmy, or just Jimmy.

While patrolling on bike with another officer Friday afternoon, police sources tell Fox 4 News he suffered a heart attack. His partner administered CPR until paramedics took him to Baylor University Medical Center.

"Jimmy's like family to us here and I hope and I know he's in good hands and I just pray that he hurry's up and comes out of it and comes back," Marvin Yeager says.

Marvin Yeager lives a block from the substation and says Officer Jimmy knows the people of the community just as they know him.

"My nickname is Juice Man and if you bring up my name, he'll probably give them a good smile," Larry Knox says.

Knox says he homeless. He says Officer Jimmy has run him off several times, but he's always been respectful.

"He's always been a nice guy to me. Whenever he sees me, he stops, he waves. He has a good personality," Know says.

For many years he's had the community's back and tonight the folks we talked to say -- they have his.