Dallas-native Kassidy Woods says he is opting out this season for health reasons but is upset his coach allegedly has problems with the group calling for change.

Football experts and attorneys say college players may have a legal right to opt-out of the season due to COVID-19 without losing their player or academic status.

On Sunday, dozens of Pac-12 conference football players said they were willing to sit out this season. That included a Dallas native who plays for Washington State University.

The college athletes flooded social media with posts using the hashtag #WeAreUnited. They are demanding added coronavirus precautions and want financial compensation and racial justice improvements or they would boycott practice and games.

RELATED: Pac-12 players threaten to opt out of football season

Dallas-native Kassidy Woods is a wide receiver at Washington State. He said he has, as the school is allowing players to do, opted out of playing this season for health concerns.

He could still remain on scholarship but is not allowed to participate in team activities anymore. He said his locker was cleared out.

“I feel like there is no set plan in place that ensures we will be safe this season and given that I have a sickle cell trait and this virus impacts the repertory system,” he said. 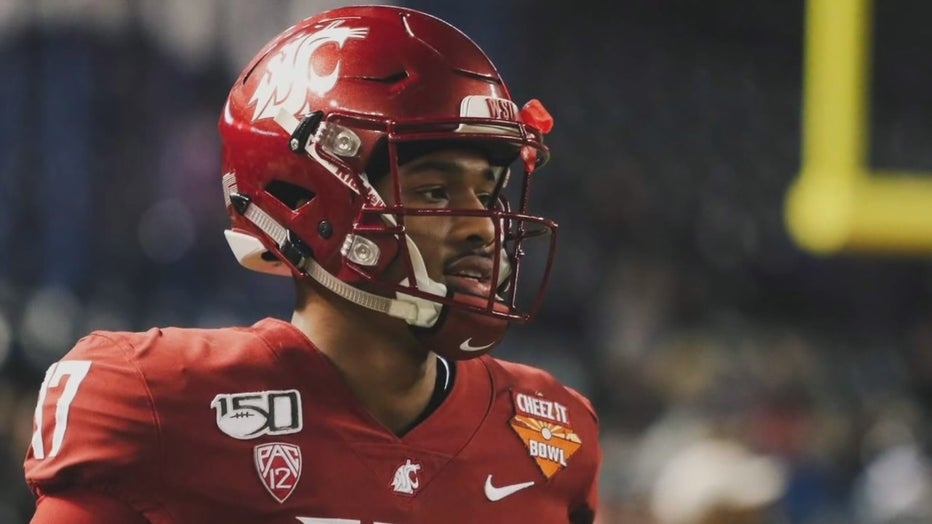 Woods said his head coach told him opting out for health reasons was fine but said “there would be an issue if he aligned” with the group of players threatening a boycott over their demands.

“I stand behind it all,” Woods said. “I would not have done it if I wasn’t ten toes down about this movement and everything that has been listed.”

A spokesperson for the Washington State Athletic Department said they had no comment about We Are United but said "no players have been cut, no one has been removed from the team, no scholarships have been withdrawn."

"I spoke with Kassidy Woods in a private phone conversation last Saturday afternoon. This was before the #WeAreUnited group had released its letter of concerns. I wanted to clarify with Kassidy that his decision was based on health and safety and reaffirm our policy related to Covid-19 and the assurance of his scholarship. Without knowing the concerns of the group, I regret that my words cautioning Kassidy have become construed as opposition. I'm proud of our players and all the Pac-12 student-athletes for using their platform, especially for matters they are passionate about. WSU football student-athletes who have expressed support for the #WeAreUnited group will continue to be welcome to all team-related activities unless they choose to opt-out for health and safety reasons," Coach Nick Rolovich said in a statement.

Elijah Higgins is a Texas native and plays for Stanford. He tweeted saying "we are using our platform to ignite a conversation that is long overdue."

Walter Musgrove is a lawyer and NFL agent. He said the athletes might have legal standing for opting out because of health reasons.

“There is a thing called a force majeure. Essentially, it’s a legal term for ‘Act of God,’” Musgrove said. “When there is something that occurs that prohibits, if you will, someone from performing a certain term of a contract. In this situation, you can argue the pandemic impairs a student-athlete’s ability to safely perform the terms of a scholarship agreement.”

Musgrove said depending on the success from the Pac-12 players, other players from conferences like the Big 12 and SEC may do the same.

At this time, Woods said he wants to stay at Washington State and has no desire to transfer.