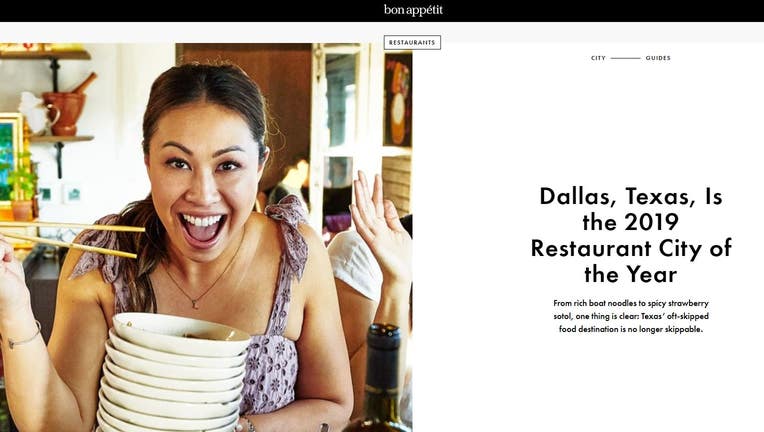 DALLAS - Dallas has been named the 2019 Restaurant City of the Year.

The accolade was given by Bon Appétit magazine in a story published on Thursday and highlights about two-dozen restaurants and bars across the city.

The deputy editor selected Dallas after trying out more than 200 restaurants in 34 cities across the country. Hilary Cadigan was actually born in Dallas, but hadn't been back since childhood. She said the Dallas food scene is overlooked and there’s “real energy” from young chefs and their restaurants.

Two restaurants that got the highest praise: Khao Noodle Shop (featuring Laotian cuisine) and Petra and the Beast (butchery, fermentation), both located in Old East Dallas.

The article also mentioned restaurants and bars in the Bishop Arts District, mezcal bars across the city and several Mexican restaurants with new twists.