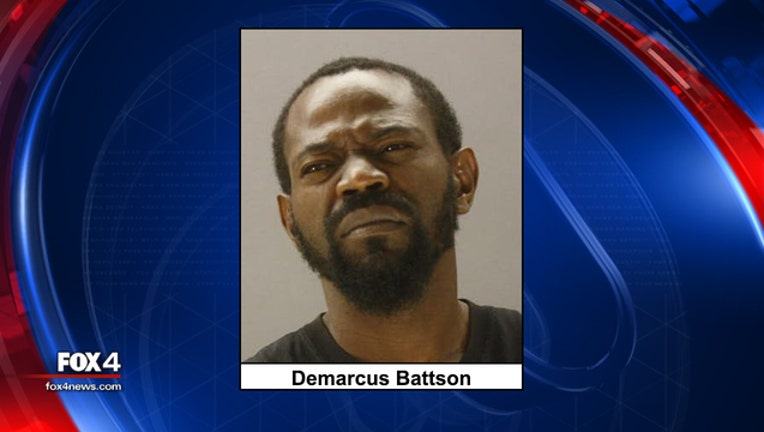 A man wanted for a fatal shooting Saturday night in Dallas turned himself into police.

Demarcus Battson, 41, was arrested for the shooting death of 28-year-old Saquan Ross.

Police say Ross was shot multiple times. He was taken to a local hospital, where he was pronounced dead.

During their investigation, police identified Battson as a suspect.

With the help of his family, Battson turned himself into Dallas Police Headquarters.

While being interviewed by officers, police say Battson admitted to shooting Ross.