Dallas mayor launches COVID-19 vaccine raffle, offering prizes to those who get vaccinated

The city of Dallas is dangling prizes out there targeting those who may still be on the fence.

DALLAS - The unvaccinated may want to rethink getting their shot.

The city of Dallas is dangling prizes out there targeting those who may still be on the fence.

Flanked by a signed Luka Doncic jersey and other prizes, Johnson spoke directly to those who’ve shrugged off the shot so far.

Dallas is taking a page from the playbook of other cities and organizations seeing success with various contests.

In coming weeks, Dallas is raffling off 30 prizes for those receiving at least one shot between June 1 and July 24.

"We are hoping that the prospect of winning one of the prizes will get someone who was on the fence, or too busy, or whatever the reason was, to say, ‘OK, I’ll go ahead and do it,’" Johnson explained.

Many of the prizes are to events, venues, and within industries that normally bring people together, but suffered greatly during the pandemic, like round trip tickets on American Airlines and passes to the State Fair of Texas, which is reopening in September after going dark last year due to COVID-19.

"It’s not lost on us that bringing the fair back this year would not have been possible without the COVID-19 vaccine," said Karissa Condoianis, with the State Fair of Texas. 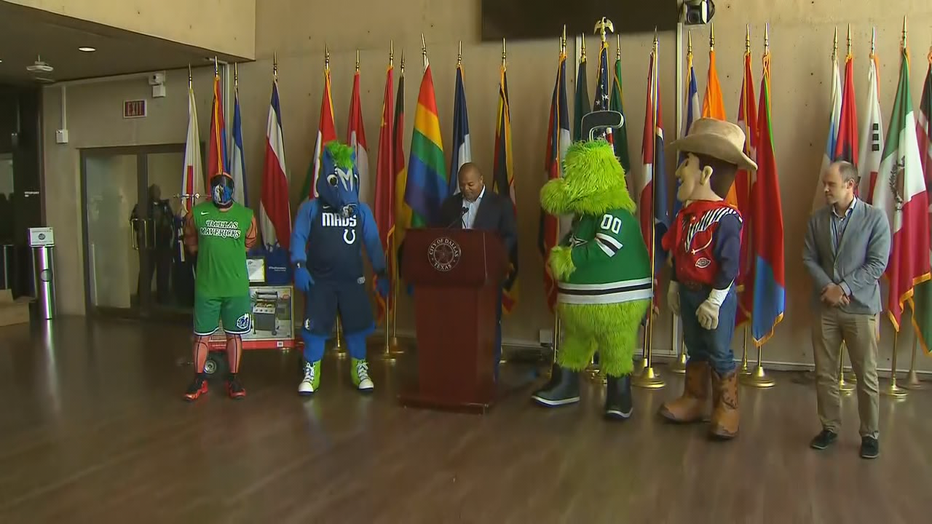 Other prizes include tickets to sporting events, like Mavs and Stars games.

The goal was to get an additional 600,000 people vaccinated.

Johnson said the city of Dallas’ raffle doesn’t have a numerical target, but hopes to make a dent in the number of unvaccinated.

As for those already vaccinated prior to June 1 wondering what's in it for them.

"Thank you. We wouldn’t be where we are today without you," Johnson said. "I wish we could do something for everybody."

Click here for more information about the mayor's vaccine raffle.