Seven months after a bribery scandal brought down Dallas City Councilman Dwaine Caraway, the city is moving forward with rewriting its ethics rules. It starts with a new position at the top.

DALLAS - Seven months after a bribery scandal brought down Dallas City Councilman Dwaine Caraway, the city is moving forward with rewriting its ethics rules. It starts with a new position at the top.

Dallas Mayor Eric Johnson says the key to keeping Dallas City Hall out of hot water is to set clear standards that start with keeping politicians from testing the waters in the first place.

“Rarely do public leaders lose their way all at once,” the mayor said. “Experience tells us that people don't simply jump into the deep end of the ethical swamp.”

Dallas City Hall does have experience with leaders who lost their way. They stick their toes in first.

Most recently, former Mayor Pro-Tem Dwaine Caraway was sentenced for taking nearly $500,000 in bribes from a company trying to secure a lucrative school bus camera contract.

Johnson believes if the city does a top to bottom overhaul of its ethics code it can deter the kind of moral lapses that turn criminal if left unchecked.

The man now in charge of the ethics code rewrite is Tim Powers, a respected Dallas attorney and managing partner of the mega-firm Haynes and Boone. 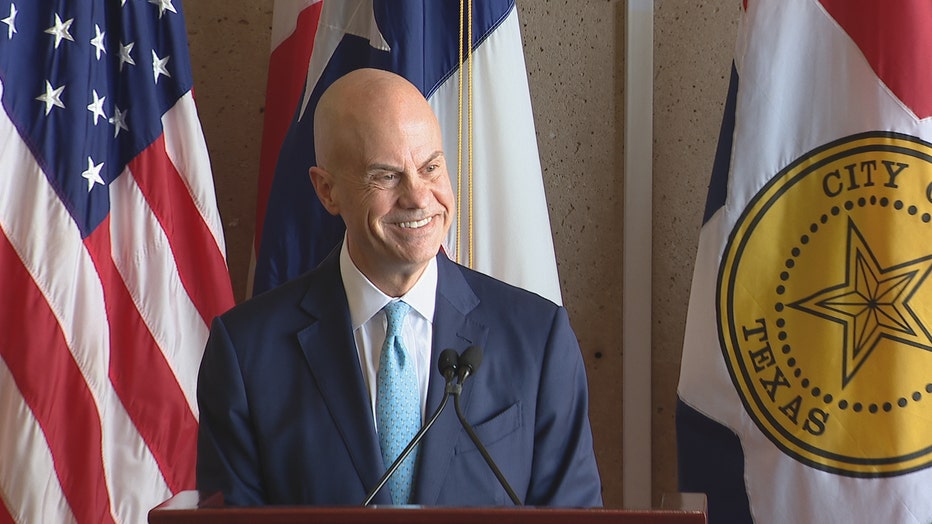 "You start everything like you do in a family,” he said. “A business, you start it with expectations. "

Powers was already appointed by Johnson to chair of the city's ethics advisory commission.

“Some people have had things brought up against them that is a violation that is just taping something at City Hall. Something that would be considered frivolous,” she said. “Then that might get brought up to Ethics Advisory Board, and then we'll have criminal activity and it never surfaced.”

While it may be tough to write rules that catch someone intent on breaking them, it will be up to Powers to try.

“There should be only one way to do business in the city of Dallas,” Johnson said. “And that is above board.”

The mayor said his goal is for the Dallas City Council to vote on a new ethics code by the end of June.

Powers is not being paid for his work.