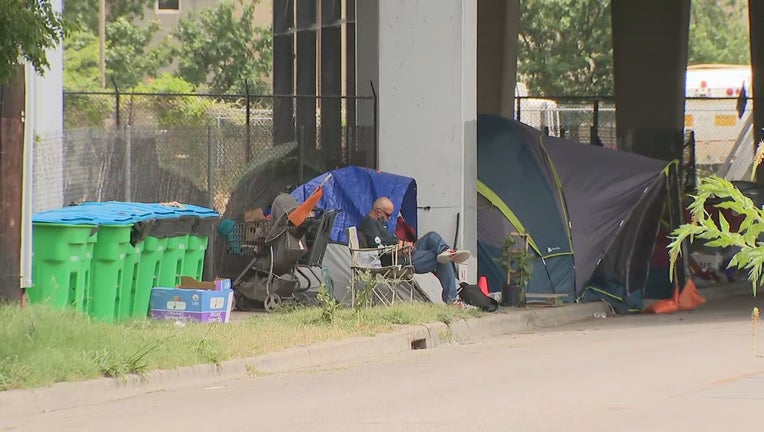 DALLAS - There are concerns about crime at homeless camps in Dallas.

There was recent gunfire at one camp near Deep Ellum.

The city council was told that the number of people in those camps is down this year after rising during the pandemic.

But Good Samaritans may actually be making problems worse.

" So that's one of the things that I would say we really need to begin to get control of, the street feeding and people dropping off boxes of stuff, because that stuff does end up on the street," said Dallas Deputy City Manager Kimberly Bizor Tolbert.

Dallas has a program that tries to quickly get people off the streets and into some kind of permanent housing.

RELATED: City of Dallas to provide port-a-potties near homeless encampments