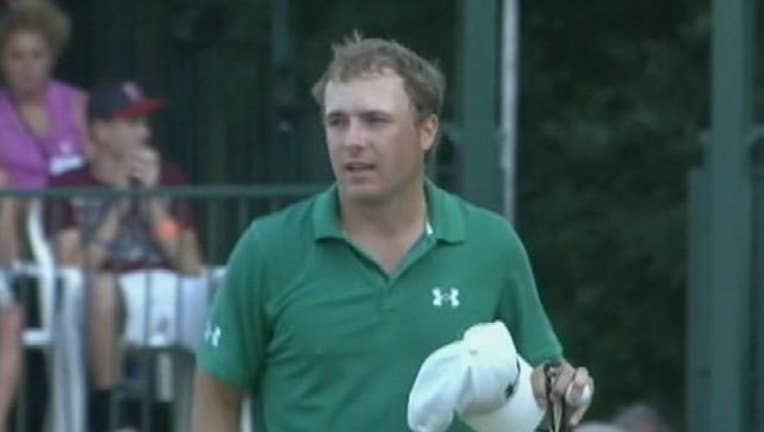 The record belongs to Jordan Spieth.

Spieth shot a 6-under 66 in the second round, essentially blowing away everyone in the field except Charley Hoffman, who is four strokes behind with a couple of holes to play. Normally, that sort of performance would be good enough for the lead.

Not the way Spieth was playing. He had 15 birdies and only one bogey through the first two days.

"I've been kind of on my game and feeling really good about coming to a place that I love, that everybody loves," Spieth said. "It's special to be in the tournament, let alone out front."

Ernie Els, at 139, was the only other player with a single-digit deficit when Spieth finished his round.

Everyone else was at least 10 shots behind.

Spieth missed a chance for another birdie at the 18th hole, his 7-foot putt sliding past the left side of the cup on the slick Augusta greens. He initially went up to tap it in, standing awkwardly so he wouldn't step in the line of playing partner Henrik Stenson, who still had a short putt of his own.

Then, perhaps realizing how important this little putt was, Spieth backed away, marked his ball and waited for Stenson to finish before knocking his in for the record.