Dallas ISD welcomes back students to schools damaged in 2019 tornado

The reopening is happening just in time for the then-displaced freshman at Thomas Jefferson High School. They are now seniors. This January opening will give them five months to enjoy this new state-of-the-art building before graduating.

DALLAS - More than three years after an EF-3 tornado ripped through Northwest Dallas and damaged three schools in its path, Dallas ISD is welcoming all of its students back home.

The reopening is happening just in time for the then-displaced freshman at Thomas Jefferson High School. They are now seniors. This January opening will give them five months to enjoy this new state-of-the-art building before graduating.

Jazmine Cabriales was a freshman when the EF-3 tornado tore apart Thomas Jefferson High School in October 2019. Students were relocated to the former Thomas Edison Middle School 10 miles away.

Monday, Cabriales and her 311 classmates finally will get to enjoy being back at a high school in their neighborhood — even if it is only for 5 months. 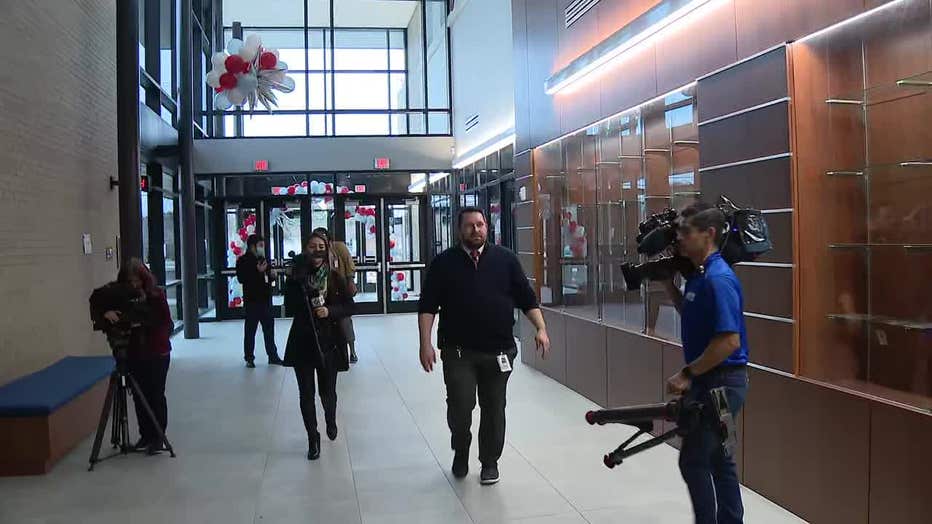 Just five months after the tornado came the pandemic and a switch to virtual learning.

Cabriales says it has all served to build character.

"I’ve learned work ethic," she said. "To be more confident."

Benjamin Jones is the principal.

"One reason we are so proud of is the gym," he said. "Since 1957, Thomas Jefferson High has never had a space where the entire student body could be at once."

"I get emotional thinking about my seniors," Jones said. "It’s what they stuck it out for. They knew this community would have a school that matched the heart and determination they have."

"It’s dual language," explained Principal Dr. Philip Meaker. "That means Monday is 100% English. Tuesday is 100% Spanish. Alternates every other day, so kids learn both languages and content. The middle school is all honor classes."

The former Walnut Hill Elementary School is being turned into a career institute where students can graduate with certifications ready for the workforce.

That school is set to open next January.