Some Dallas ISD educators were trained on a new program to help identify students who may become a threat.

DALLAS - Some Dallas ISD educators were trained on a new program to help identify students who may become a threat.

It's part of a statewide effort to prevent school shootings.

It is now state law for schools to have a threat assessment team.

Dallas ISD has been working on a new threat assessment program since the start of the school year.

On Thursday, DISD elementary school principals and staff members were introduced to the program that works to identify students who may be a threat.

"In most cases, school shooters tell other people beforehand that they are planning this act of violence," the presenter said at Thursday’s training.

"Every elementary, middle school, and high school will have their own threat assessment team," said Keith Forte, safety and security supervisor for DISD.

Principal Alicia Iwasko is in charge of the safety of hundreds of students at Annie Webb Blanton Elementary School in Pleasant Grove.

Principals like Iwasko work with counselors and police to gather information passed along by teachers, students or parents. 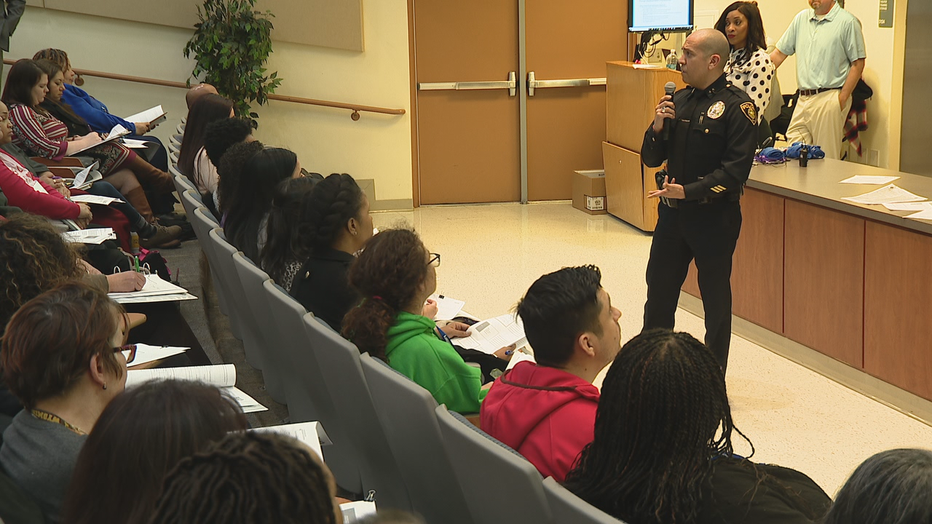 "We don't have any outlining characteristics telling you what to look for. We are not saying that, ‘Hey, you need to look for students who wear black and hoodies," the presenter added.

It was a direct response to the school shooting in Santa Fe, near Houston, nearly two years ago.

"It's a heavy load to think something like this could happen at one of our campuses," Iwasko said.

Officials for the school district said it will notify parents if their child is being assessed as a possible threat.

While the information will be placed into an online portal for team members to access, it will not be available to the general public.