One week after the EF-3 tornado destroyed three Dallas ISD schools, the district is working to figure out what’s next for those campuses.

DALLAS - One week after the EF-3 tornado destroyed three Dallas ISD schools, the district is working to figure out what’s next for those campuses.

A spokeswoman says that the district has hired an engineer to assess the damage and safety of the structures.

The images of the damage are haunting. A metal storage container filled with athletic equipment is now sitting on top of a house.

Homeowners whose homes look onto the three wrecked Dallas ISD schools are anxious to know what will happen to them.

“This has been a well-established neighborhood my entire life,” said homeowner Billy Hill.

Across from Walnut Hill Elementary, the images are even more despairing. 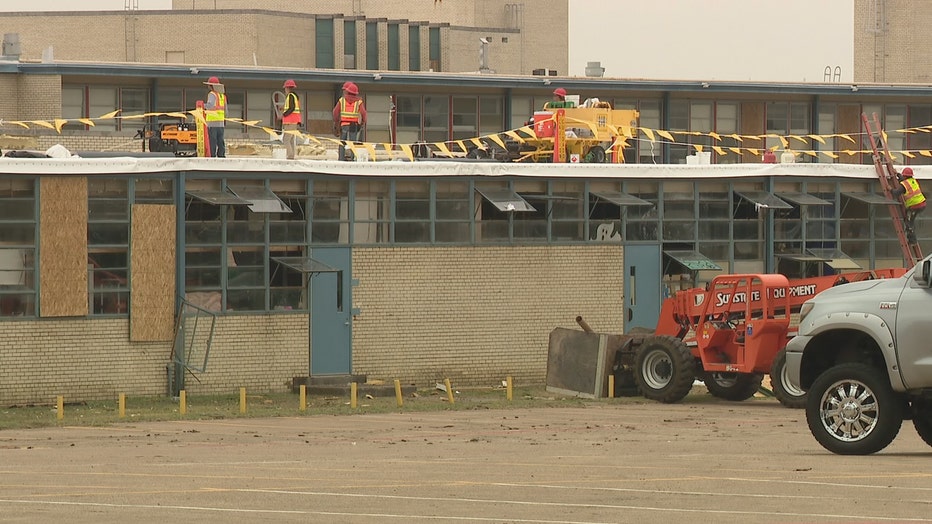 “When you look at it, every window is blown out. The roof is lifted. It's total devastation,” said homeowner Mick Mackey. “When something like that happens, you don't know where to begin. You kind of just stare at it for a while.”

Mackey hopes the school district will move quickly so the once beautiful historical school doesn't become a persistent eyesore.

“As a property owner, that would be despairing to the aesthetics, the morale and the homeownership,” Mackey said. “There’s a lot of people in this neighborhood who go to school over there.”

While Dr. Michael Hinojosa did not want to talk on camera Monday, he did last week that he wants the district to move quickly.

The school board will vote on a resolution that allows the district to move forward on some emergency purchases without the competitive bid process. The superintendent said the district has a $600 million rainy day fund to help rebuild.

There's also been support from the community and billionaire sports owners.

Jerry Jones and the National Football Foundation donated $1 million. Soon after that announcement, Dallas Mavs owner Mark Cuban topped it with a $1.1 million pledge of his own.

“They're race horses. Let them do their thing,” Hill said. “It’s the best kind of competition.”