DALLAS - After years of construction, the $60 million renovation at Dallas' Roosevelt High School is done.

Two years ago, students were displaced due to construction.

Last year, students came back to campus, but the job still wasn't finished.

Now Dallas ISD is ready to show the community what they've patiently been waiting for.

The special ceremony on Saturday celebrated the completion of the $60 million renovation to the school, fostering the future of Oak Cliff students.

The school was shut down two years ago due to construction.

This past school year, it was partially under construction but students were allowed.

"If this isn’t another reflection of a community work, I don’t know what is. This has been a long time coming," Elizalde said.

Roosevelt alumni members were able to take in the new campus with their own eyes.

"I am very proud of what has been done from this school," said Linda Turner, Roosevelt HS class of 1971.

It’s now a campus they could only wish for.

"I traveled around to all the schools in the Metroplex, and now my school looks like one of those schools," said Alan Jackson, Roosevelt class of 1980. 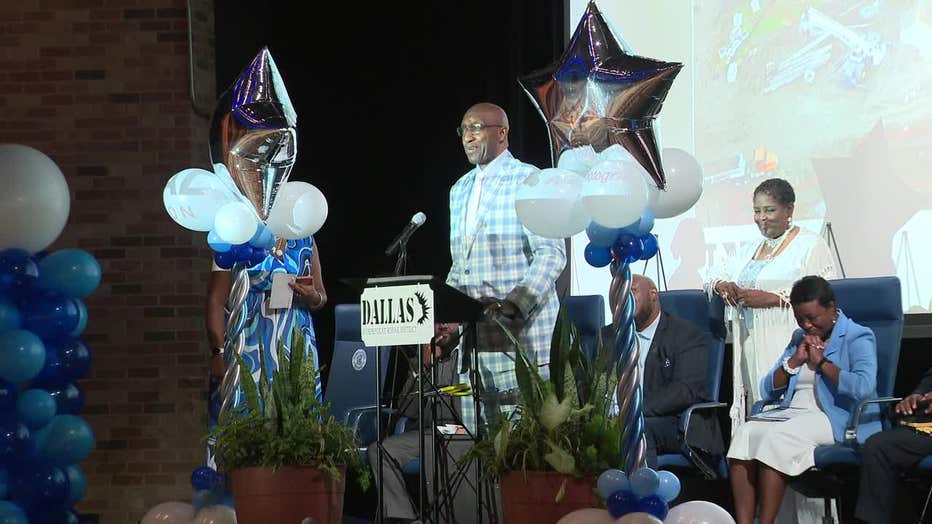 One of the additions is a practice gym named in honor of Ira Terrell, one of Roosevelt’s all-time great basketball players and SMU Hall of Famer.

His signature is even imprinted above the door.

And painted on the wall are the names of all the players on the 1972 state championship team.

Some teammates were also in attendance.

"Roosevelt was one of the schools in the 2015 bond and we went through a lot of designs and re-designs," Elizalde explained. "It started off at the front of the line and we got off track. This is persistence and determination, and it was well worth it."

Johnson said she's proud she and the community never gave up on Roosevelt.

"We led the charge. We made the fight. DISD listened and now it’s the result of what we got seven years later.