DALLAS - Hotels and restaurants in North Texas are realizing there is no good time to open during a pandemic, so many of them are moving forward with openings that are very different from what they once pictured.

A new hotel in Deep Ellum and several restaurants in Dallas have decided they might as well open after years of work.

Elm & Good, described as a modern American tavern, is located inside the new Kimpton Pittman Hotel in the deep ellum neighborhood of dallas. Both opened for business on wedesday - in the midst of the pandemic.

It's not the kind of grand opening executive chef Graham Dodds is used to.

“The last couple of nights we’ve had soft openings and it’s been so nice to see friends and family come out,” Dodds said. 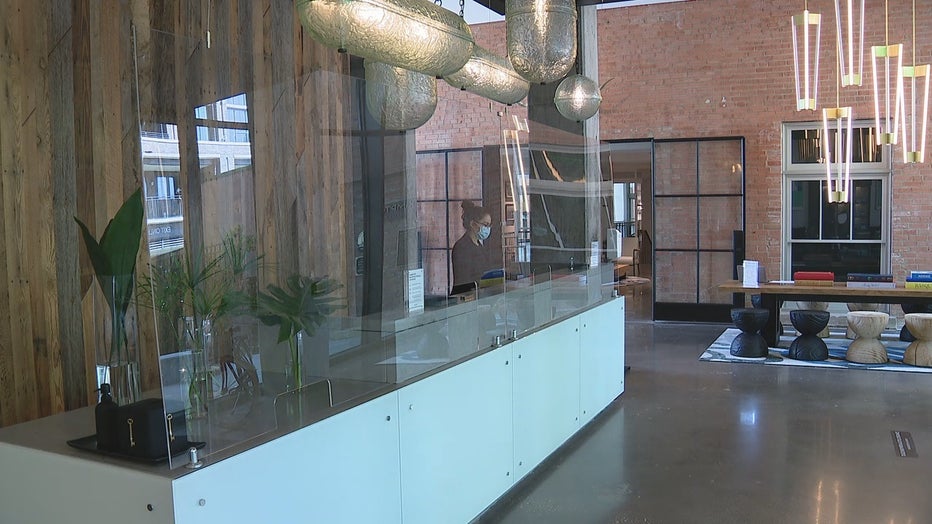 The hotel's general manager says the project, which includes 165 guest rooms and a grand ballroom, had been in the works over two years. Despite the economic uncertainty, he said it was time to open.

“We’re very much a neighborhood business here. We’re going to be part of this community,” said GM Jack Murray.

“Whether we open now, three months from now, or three months earlier, we’d all be experiencing the same things,” Murray said.

Dodds says the slow start will allow him and his staff time to perfect the menu.

The restaurant and hotel will bring on more staff as business starts to pick up.

A new hotel just opened in Deep Ellum and already has a lot of history. Good Day talks to Jack Murray, the general manager of the Kimpton Pittman Hotel. More: pittmanhoteldallas.com

Several new eateries are also opening up at a time when others around town have closed due to a lack of business.

Dahlia Bar & Bistro, located off Ross Avenue, is slated to open later this summer. On Lower Greenville, Oak'd Handcrafted BBQ is in the works.

“In the development business you plan cycles and it's like having a baby its coming whether you like it or not,” said Clint Norton, Owner, Oak'd.

Owner Clint Norton said the original plan was to open in April, but said they were delayed getting permits with city inspectors working from home.

Norton said he's been flooded with applications with so many servers and kitchen staff out of work.

“The question is how long it lingers on. Hopefully we'll open up in early fall - late September early October,” Norton said.