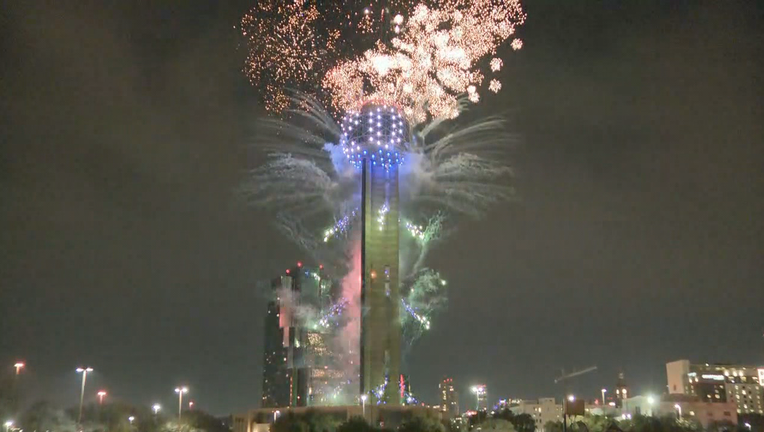 DALLAS - People celebrated the new year with fireworks and light shows in downtown Dallas and Fort Worth.

The first free city-hosted event in several years gave people a countdown with a nice view of the show.

“Perfect place. You have the tree in the back still in the holiday spirit, the cute fountains,” added Shariah Harris, who also rang in the new year in Downtown Dallas.

It’s been five years since Dallas hosted a New Year’s Eve event for the public.

The “Party on the Plaza” was funded by occupancy taxes collected from hotels to promote the city.

The investment seems to have paid off. The Dallas Tourism Public Improvement District said hotels were booked in the area for the night.

“It’s a win-win. The city wins. The family also wins. So it’s a good thing for the City of Dallas,” said Hakeem Ajani, who celebrated New Year’s Eve in Downtown Dallas.

There were food trucks and live performances on stage before the show.

Security was also in place to make sure everyone had a safe and fun night.

People in Downtown Fort Worth celebrated at midnight with a high-tech light show in Sundance Square.

“This is my second time here and it’s fun You get to dance and have a good time and see all the people,” said Linsey Spurling, who was visiting from California.

There’s no official estimate of the crowd but it was expected to be more than 20,000.

Flights to and from DFW Airport were diverted around the light show.