Dallas Fire-Rescue leaders told city council members that it is taking two-and-a-half years for manufacturers to fulfill orders for emergency vehicles. That could create an emergency of its own.

DALLAS - Dallas Fire-Rescue and the Dallas Police Department are facing a shortage of emergency vehicles because of delays from manufacturers.

DFR told council members on Monday that it is taking up to two-and-a-half years to receive fire trucks and ambulances.

Two-and-a-half years is a long time to wait for ambulances, police cars and fire trucks that are needed now. And the backlog of emergency vehicles is not just a problem here in Dallas.

Dallas Fire-Rescue leaders told city council members that it is taking two-and-a-half years for manufacturers to fulfill orders for emergency vehicles. That could create an emergency of its own.

Dallas Fire Association President Jim McDade says when production lines for emergency vehicles shut down during the pandemic, the orders kept rolling in.

"Fires didn't stop. Medical emergencies didn't stop," he said. "This is not just a Dallas issue. It’s going to affect every municipality around Texas and the nation unless we prioritize emergency response vehicles."

DFR wants lawmakers to prioritize emergency vehicles in the next legislative session.

"Big automakers don't prioritize fleet vehicles like ambulances and fire trucks because it is more profitable to make a pickup for someone to buy than municipalities," McDade said.

Dallas police are also facing issues from an aging fleet of police cars with many units over 100,000 miles of hard use.

"It is not uncommon for a wheel to fall off a squad car because of the aggressive driving done every day," said Dallas Police Association President Mike Mata.

Photos show the aging vehicles visible to the eye, including a steering wheel that is missing a chunk of its rubberized grip.

Yet, as video Monday from SKY 4 shows, there are several new police units sitting unused. 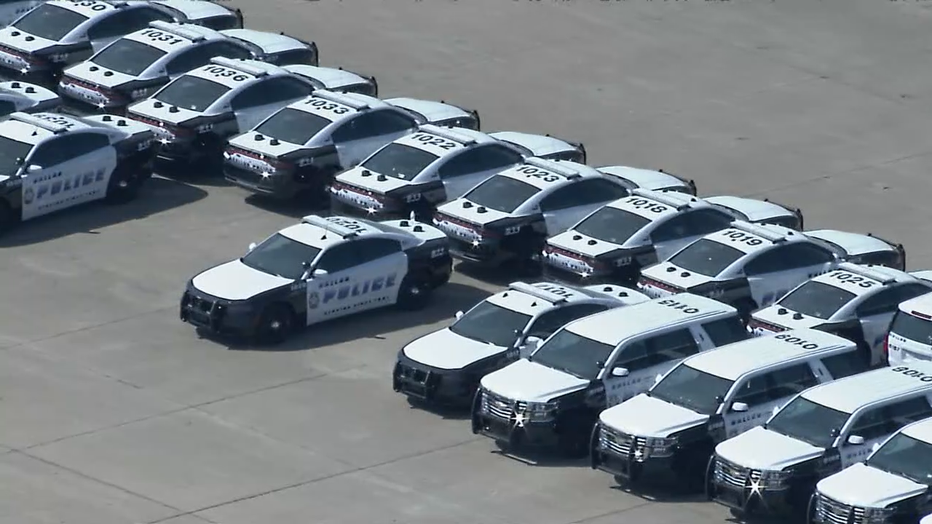 "Dozens of cars right now are sitting there because we don't have the chips for the computers in the car, and we can't run the cars without the computers," Mata said.

Mata says not only is the shortage of useable vehicles a potential challenge for response times, it's also a safety concern.

"Most of our officers on our wall of honor who have died in the line of duty, the majority have died in vehicle accidents," he said. "If we have a vehicle not well maintained or with structural flaws, the probability an officer will be injured in a crash due to faulty equipment increases."

Right now, DPD cars are driven by every shift of officers for 24 hours a day.

Mata says eventually he would like to see DPD issue expand its fleet to allow for drive home car because you take better care of a car.