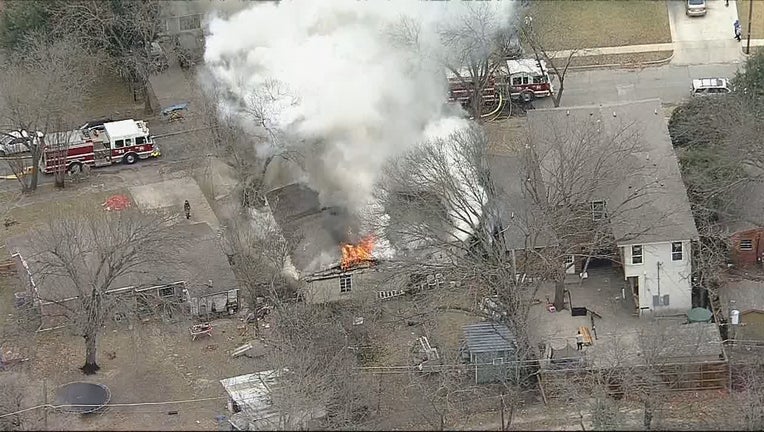 DALLAS - Firefighters pulled an elderly man from a burning home in northeast Dallas.

Someone called 911 to report the fire in the 19000 block of Gus Thomasson Road just after noon on Thursday.

The caller told firefighters someone might be trapped inside the burning house because there was a car in the driveway but no one was answering the door.

Video from SKY 4 showed crews pulling an elderly man out of a window and load him into the back of an ambulance. There’s no word on his condition.

The firefighters are still trying to get the fire under control.

It’s not yet clear what caused it.