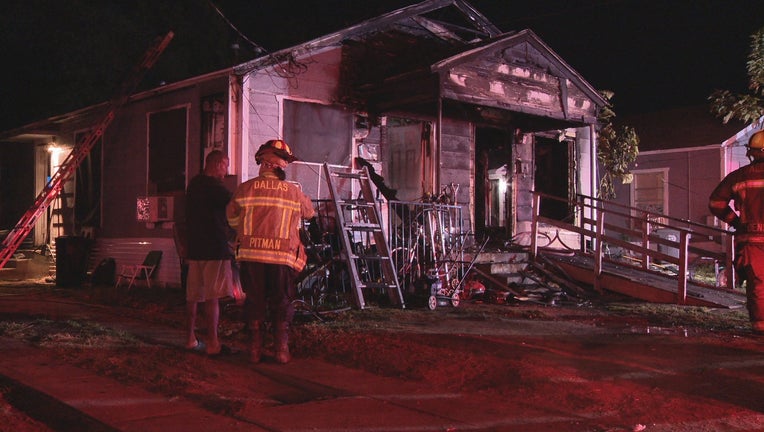 DALLAS - A Dallas firefighter was taken to the hospital after fighting a suspected arson fire.

One firefighter suffered burns to his hands and was taken to Parkland Hospital. His injuries are not life-threatening.

Neighbors said they saw a man running from the home just before the fire.

Investigators found a man they described as a person of interest, questioned him and detained him.

The Red Cross is helping the family that lived in the home.