Dallas Fire-Rescue is hoping to cut down on burnout, response times and overtime with a new approach to staffing its ambulances.

Dallas Fire-Rescue is hoping to cut down on burnout, response times and overtime with a new approach to staffing its ambulances.

A new pilot program will run for six months. At first, DFR will use internal staff to determine if the model works. If so, they will begin recruiting and hiring single-role paramedics.

According to the fire chief, the department averages 210,000 calls for EMS service every year. He says the numbers keep going up, especially during the pandemic. It’s spreading EMS resources thin.

"We have to think outside of the box see how we can be more efficient with the resources that we have," said DFR Chief Dominique Artis.

That's how the Single-Role Paramedic Pilot Program got into motion. 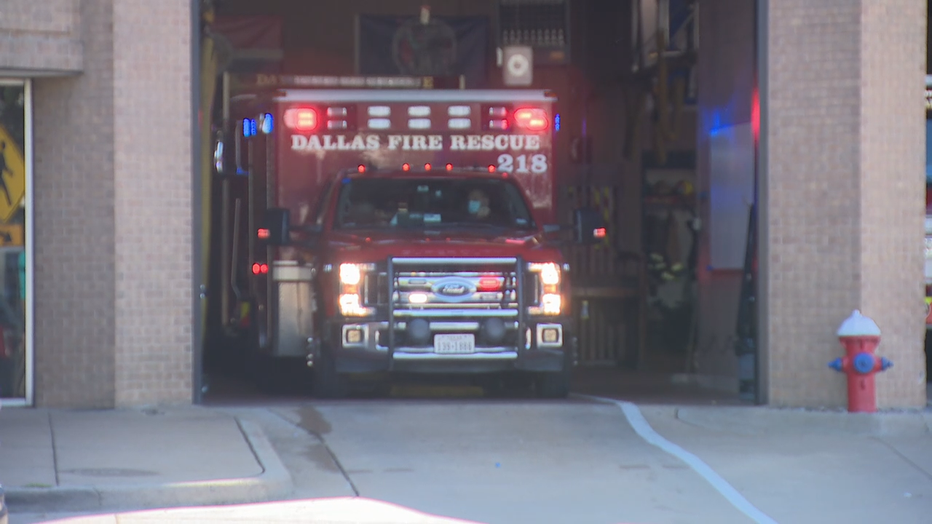 As the name suggests, a single-role paramedic is focused on EMT skills and not fighting fires.

Traditionally, the department pays overtime to staff the advanced life support units with firefighter-paramedics to run during peak hours.

"What we've realized is our ambulances are running pretty hard," Artis said.

Under the pilot program, single-role paramedics would staff those ambulances instead.

"This is very preliminary at this point," he said. "It would be either a 10-hour shift or a 12-hour shift."

Instead of the 24 hours on and 48 off that DFR firefighter-paramedics work.

For now, Ball says the department will ask internal staff to volunteer. They're also looking at staging ambulances in busy, high-volume areas.

"Strategically and dynamically place them proactively in anticipation of calls before they come in," said Lt. Rob Borse.

If the pilot program is a success, DFR would initially look to hire 12 full-time paramedics.

"This would allow people who are passionate about delivering EMS services to become a uniformed member of DFR without becoming a firefighter," Borse said.

Since presenting the plan to the city's public safety committee, the fire chief says he's already had fire chiefs from other departments contact him about the program. He says if it does succeed it could serve as a model for fire departments nationwide.