High demand has created long lines at the two main test sites in Dallas County. On top of that, some people say they've had to wait a week to get test results back.

On top of that, some people say they've had to wait a week to get test results back. Patients are being told the labs are backed up trying to process the surge in testing.

Chris Ramirez received one of more than 166,000 tests for COVID-19 in Dallas County. Unable to get an online appointment at other sites, he went to the American Airlines Center testing site on June 18 after finding out a student at the building where he works at tested positive for COVID-19.

“And I got there early and ended up waiting four hours and was patient number 287, even though I had gotten there before eight o'clock,” he recalled. “So that's how insane it was.”

After more than four hours of waiting, Ramirez says he was told he’d get his results back in three to five days.

“So three days happen. There's still time. And then five days happened, and I haven't gotten anything,” he said.

After several days in self-isolation waiting for results, Ramirez says he noticed his phone number was wrong on his contact sheet. But hut says he was told he’d still be able to see the results online, eventually calling around to see what was going on.

“Someone got me into contact with someone and told me that that that particular lab was actually running eight to nine days behind, so they were really backed up and that results were going to take longer than usual,” Ramirez said. “So at this day, at this point, it was seven days.”

County officials have said federally-funded testing sites are running up to 10 days behind, while private labs have been able to turnaround results in about three days.

Federally funded testing in Dallas was recently extended another two weeks past June 30. 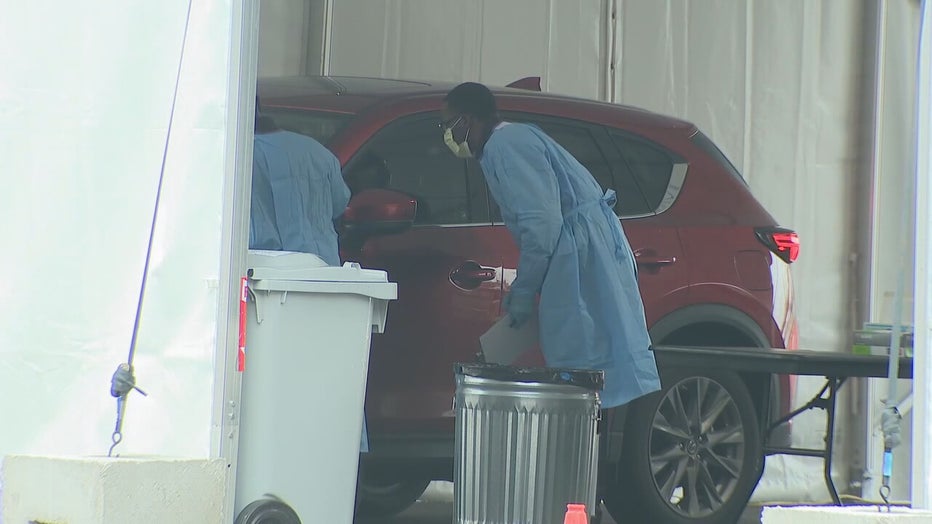 Testing at Ellis Davis Field House will bump up to 1,000 tests a day, while the AAC site will move to the University of Dallas on July 1.

Ramirez eventually got his test results back after nine days and testing negative, but he worries those who may be out and about unknowingly spreading the disease as they wait several days for results.

“I'm hoping that people begin to take a little bit more seriously and back off on social gatherings and stay indoors so that we can see some sort of numbers go down,” he said.

The city of Dallas also added several walk-up testing sites to help with the backlog.

Testing at those sites at Red Bird Mall, Sam Tasby Middle School and Inspired Vision Compassion Center are scheduled to end on Tuesday.