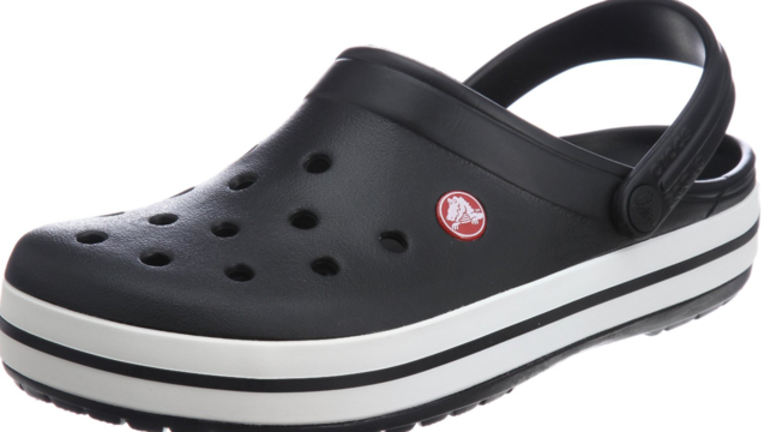 A Dallas couple is suing footwear maker Crocs and a Waikiki resort after their 2-year-old son's foot got caught in an escalator while the family visited Hawaii for an oral surgeon convention.

The lawsuit says the Crocs shoes were "negligently and improperly designed," while the Hilton Hawaiian Village was also negligent in maintaining the escalator's safety.

According to the lawsuit, the escalator tore off an extensive section of skin from the toddler's left foot, requiring emergency surgery.

Flora Kim and David Kang, of Dallas, were attending the annual meeting of the American Association of Oral Maxillofacial Surgeons in September 2014 with their son. Their lawsuit said they were leaving the convention's opening ceremony in a resort ballroom when the boy's foot became entangled and sucked into a space between a step and the sidewall of the escalator.

"Eventually a bystander was able to activate an emergency stop button, but not until (the boy) had traveled almost the entire distance between floors while his foot was painfully trapped in the moving escalator," said the lawsuit, initially filed in Hawaii state court in June but transferred to federal court this week.

The boy's foot was trapped for nearly an hour before a rescue team arrived with proper equipment. He spent two days at a Honolulu hospital after emergency surgery and received additional medical care in Texas. The boy had two more surgeries — one to repair skin on his injured foot and one due to complications from the skin graft site, the lawsuit said.

Crocs knew as early as 2008 that children suffered severe injuries when the shoes got trapped in small spaces on escalators, the lawsuit said.

According to reports appearing across the United States and as far away as Singapore and Japan, entrapments occur because of two of the biggest selling points of shoes like Crocs: their flexibility and grip. Some report the shoes get caught in the "teeth" at the bottom or top of the escalator, or in the crack between the steps and the side of the escalator.

The reports of serious injuries have all involved young children.

The boy was holding his mother's hand while they rode the escalator, the family's Dallas lawyers said. The escalator severed tendons and muscles and broke bones. "In essence, his foot was completely crushed and destroyed," one of their lawyers, Leslie Chaggaris, said. There's concern there's permanent damage to his foot and growth plate, she said, adding that the child had night terrors for many months afterward.