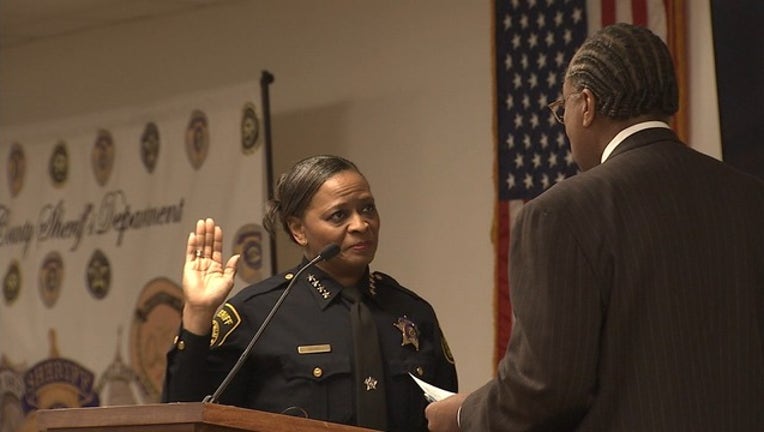 Marian Brown took the oath during a midnight ceremony Monday. The Dallas Morning News reports that Brown has been with the department for three years and was Valdez's recommended choice for a successor.

The 52-year-old Brown will serve as interim sheriff until voters elect a new sheriff in November.

Brown has said her priorities will be learning more about jail issues and focusing on rebuilding trust between the community and the department.