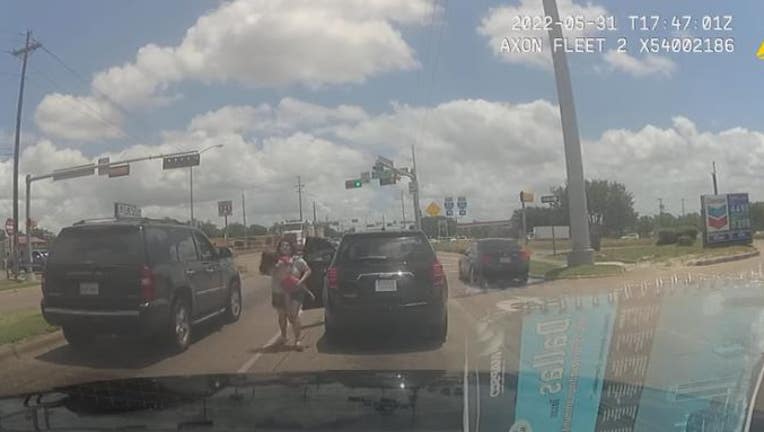 DALLAS - A Dallas Country sheriff’s deputy saved a 4-year-old girl’s life who was choking after the mother ran to the deputy’s squad car in the middle of traffic.

On May 31, Deputy Kieth Rose, an officer of over 30 years, was at the intersection of E. Camp Wisdom when a woman headed towards his squad car with a small child in her arms. The small child was not moving and had a white foamy substance coming from her mouth. It is unclear how long the child was unresponsive until the mother saw the squad car.

Deputy Rose jumped into action and started CPR once the mother handed the child to him.

"I turned her over and patted her on her back trying to clear an airway. Then I placed her on my driver's side seat and started CPR and got on the radio with my dispatcher to get Dallas Fire started my way," said Deputy Rose.

"MAMA: She's choking. DEPUTY: Come on baby! Come on baby," can be heard from the squad car’s dash cam footage.

The child regained consciousness and was returned to her mother. Deputy Rose continued to monitor the 4-year-old's condition as she stayed in the squad car with her mother to stay out of the heat.

Shortly after, an ambulance and the fire department examined the child and transported her to Children’s Hospital with the parents.

"This is the first time this has ever happened in my career, and I have been around for a little while. Usually, we get waved down and some crime has been committed or someone has been in an accident, but other than that this has never happened before," said Deputy Rose.

There has been no update regarding the child’s condition.