Health officials reported 285 new cases of the coronavirus along with one death, a DeSoto man in his 60's.

"We’ve seen a significant increase this week for the average number of daily cases from last week and it’s up to all of us #FlattenTheCurve," said Dallas County Judge Clay Jenkins in a statement.

Officials also reported that the number of occupied emergency room and ICU beds remain steady in the county. 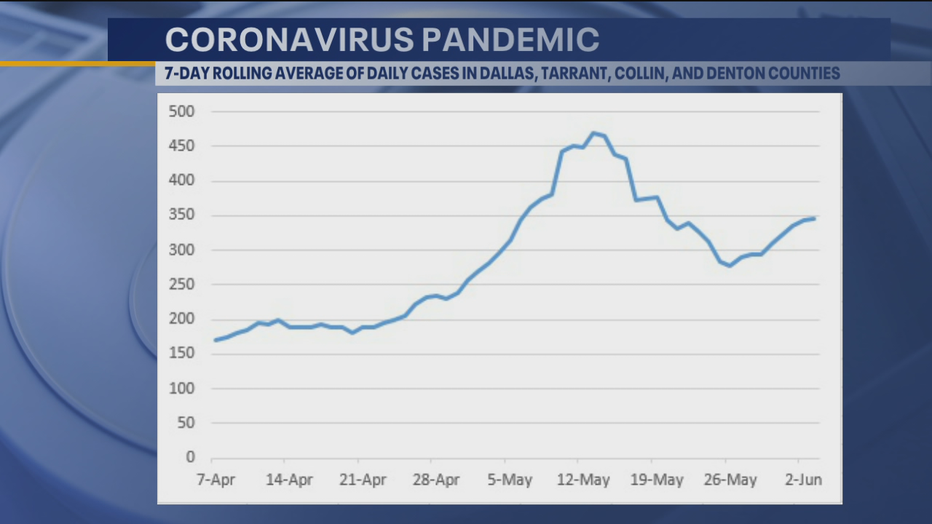 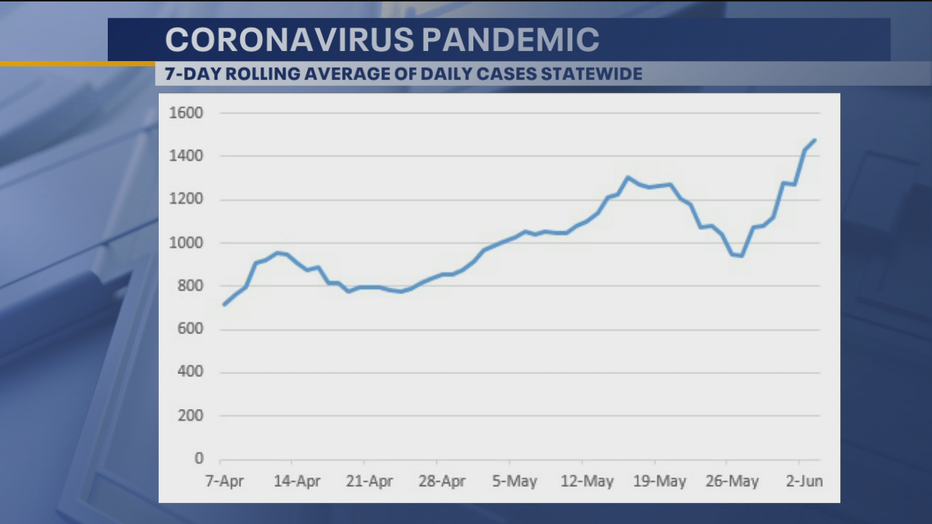 Throughout North Texas on Wednesday, there were 424 new cases and six death. That includes 138 confirmed cases with one death in Tarrant County and 19 new cases in Denton County.

Collin County added 28 new cases Wednesday. It was the first time the state has reported data for the county since the county turned over that responsibility to the state.

Statewide, the seven-day rolling average increased for the eighth day in a row. There were 1,703 new cases reported across the state Wednesday along with 36 deaths.

Meanwhile, coronavirus testing in the state has dropped.

There were only 13,800 tests reported Wednesday, which is a drop for the fourth day in a row. The seven-day rolling average is now just above 20,000 tests per day.

Gov. Greg Abbott has said he’d like to see about 30,000 tests performed each day. 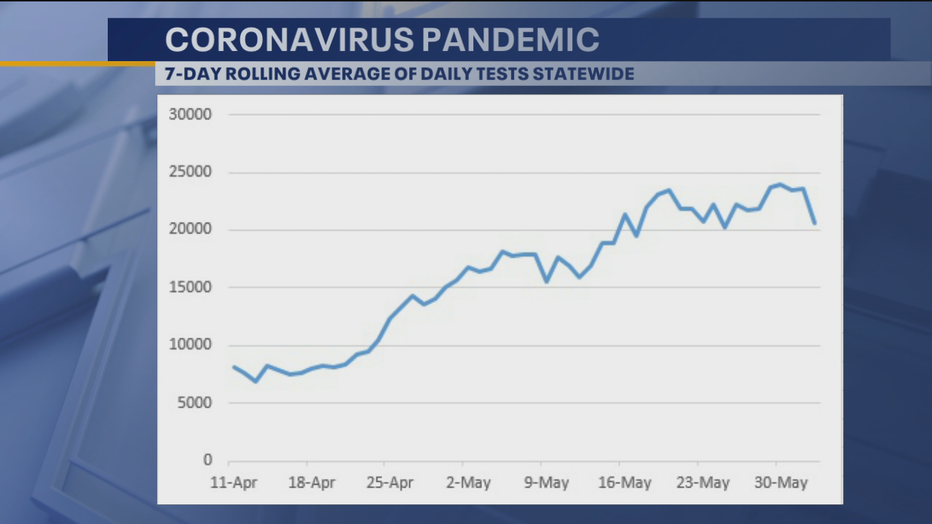 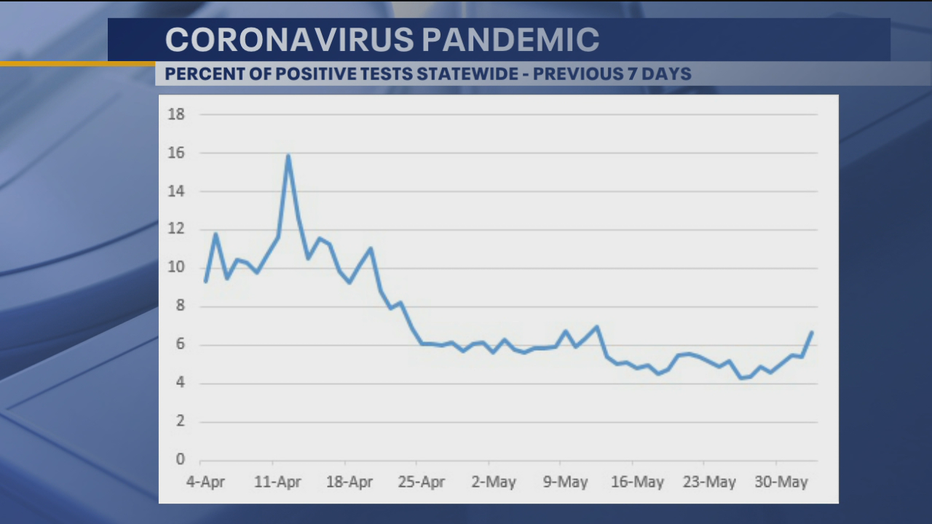 The percentage of positive tests in the state took a big jump Wednesday with 6.62% of tests coming back positive. That’s the highest level in 19 days.

A low percentage of positive tests has repeatedly been cited by the governor as the reason why he’s allowed more of the economy to reopen.