The rapid spread of the delta variant and its impact on hospitals pushed health officials to say a booster shot is needed for all Americans.

DALLAS - The rapid spread of the delta variant and its impact on hospitals pushed health officials to say a booster shot is needed for all Americans.

In a speech Wednesday from the White House, President Joe Biden said once the green light is given by the FDA, adults are eligible for the booster shot eight months after their second dose of Pfizer or Moderna.

‘We have the tools’: Biden says COVID-19 boosters could start in September

Last week, Dallas County's Fair Park location administered its 500,000th shot.  But hours and staffing for the vaccination site have dwindled as demand dropped off.

"We're having those conversations again with the partners at the state, with the federal to see how that would play out and how that capacity and the numbers how that accessibility works," he said. 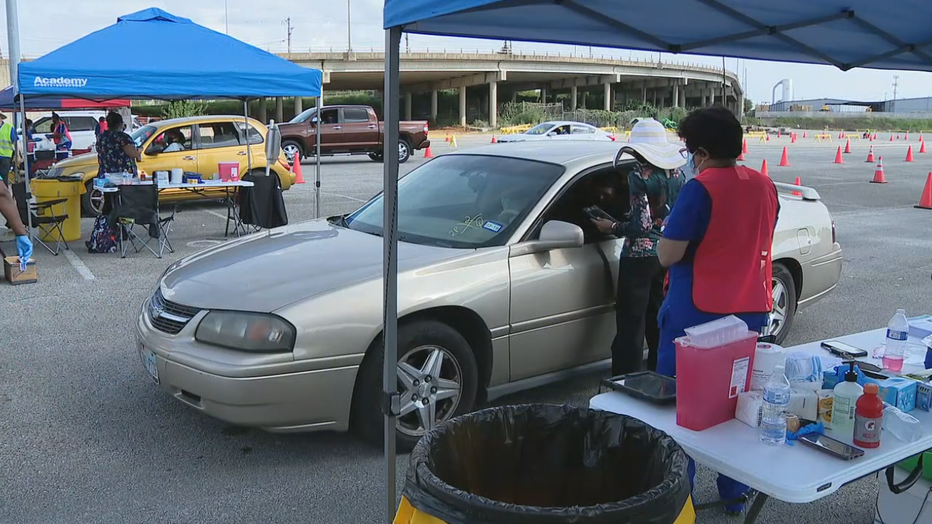 The state reports 54% of Texans are fully vaccinated.

In Dallas County, vaccinations have increased from 15,000 a week three weeks ago to 35,000 a week last week.

The county says the focus will still be on getting those who aren’t vaccinated shots and getting the vaccinated the extra layer of protection.

FOX 4 reached out to neighboring Tarrant County to see if the public health department is preparing for the booster shot, but they don’t have any details to share right now.

Either way, it means an influx of people in all North Texas counties will be heading to pharmacies or large sites to get a booster shot soon.

For people who received the Johnson & Johnson shot, the CDC is still collecting data. People will need another shot as well, but a timetable has not been set.