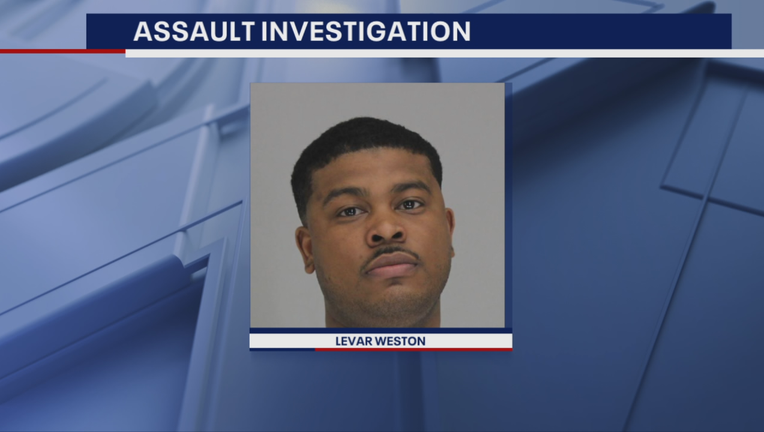 DALLAS - A Dallas County jail detention service officer has officially been booked and charged for reportedly assaulting an inmate.

The Dallas County Sheriff's Office said Levar Weston strapped an inmate into a restraint chair in a holding area after the inmate flooded his housing space earlier this month.

The inmate said that while he was in the chair, he and the officer got into an argument and that Weston spit on and hit him with an open hand.

“Any allegations of improper conduct or criminal violations are taken seriously and thoroughly investigated. The actions that the officer displayed clearly exceeded the boundaries of the law, policy and professionalism. The Sheriff’s Office strives to maintain the highest degree of Integrity, Professionalism and Integrity along with the public’s trust,” Dallas County Sheriff Marian Brown said in a statement.