Early voting starts in three weeks, and election offices across the state are still dealing with the fallout from the 2020 election. North Texas election officials say they are ready for the midterms and have plans in place to address issues that have bogged down preparations.

DALLAS - It’s the time of the year when election offices should be in full swing preparing for the midterms.

But many across the state and in North Texas say their offices are being bogged down by 2020 presidential election deniers.

Early voting starts in three weeks, and election offices across the state are still dealing with the fallout from the 2020 election.

North Texas election officials say they are ready for the midterms and have plans in place to address issues that have bogged down preparations.

Early voting for the midterm election starts on Oct. 24.

While election offices are focused on trying to recruit more poll workers, they are also still dealing with 2020 election deniers. 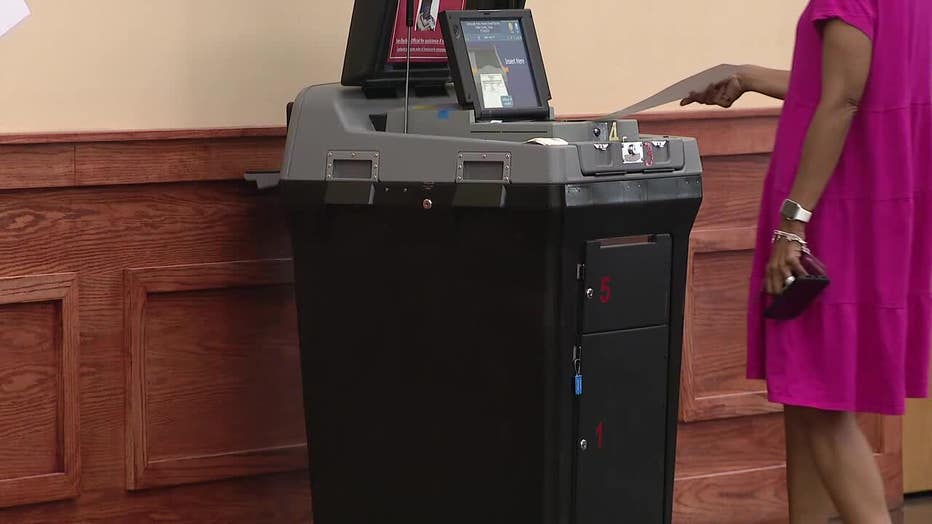 "This has been a huge problem for us dealing with a forensic audit, five lawsuits that we are in, an avalanche of public records requests, really pulling us away from our core task," he said.

The county has seen an increase in public records requests by people who still believe the lie that the presidential election was stolen. The county is now hiring someone to deal with those requests.

"You are not going to hire somebody in the next 30 days," said Dallas County Commissioner John Wiley Price.

"Esmerelda Garcia, a longtime employee, is currently responsible. She has backup," Scarpello said.

Tarrant County is hiring someone to deal with records requests, and it’s an option that Collin County election officials are exploring.

There’s another problem affecting elections offices statewide: about 30% of the state’s election workforce have left their jobs since 2020.

The Texas Secretary of State’s Office says there are multiple factors for the decline, including fatigue from lack of public trust and threats.

Dallas County still needs about half its poll workers, but Scarpello says that’s about average for this time of the year. It’s also attracting more younger people.

"A big part of what we are keeping in our pocket as a supplement is our student poll workers," Scarpello said. "And we are doing really well with students this year."

Statewide, the Secretary of State's Office also says there should be fewer issues with the new vote-by-mail requirements since this will be the third election since the law change.