Just ahead of the debate, Moms Demand Action came out with its list of "Gun Sense" candidates. There was a feeling of hope at the meeting as they acknowledged that at least Texas Gov. Greg Abbott is talking about gun reform, but they say his policies are not strict enough. 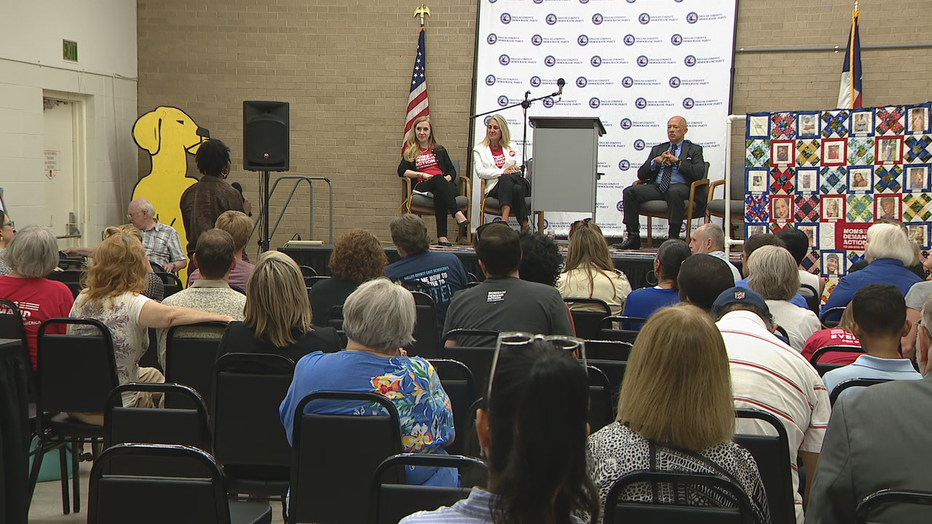 Members of MDA almost laughed at the governor’s proposal to look into “voluntary” background checks on person to person gun sales.

“Who would volunteer to do that?” wondered MDA Managing Director Debbie Weir.

“Leaving it up to the individual sellers to determine if a background check should be ran is not an effective strategy,” said MD Regional Director of DFW Chris Cortopassi.

The moms hosted a panel with Dallas County Democrats Thursday night to talk gun violence in a state where, as they say, the two senators are friends of the NRA.

Some at the panel were encouraged by Lt. Governor Dan Patrick with what he said last week.

“There is no need for a stranger to sell another gun to a stranger. That’s irresponsible and the NRA needs to get behind that,” Patrick said. “That’s where Republican voters are. That’s where many Republican legislators are, and I believe that can pass Congress.”

Dallas Democrats are hopeful but skeptical.

Questions quickly turned to Dallas County District Attorney John Creuzot. He was asked what actions are being taken to prevent gun violence here at home. He announced a new program his office is developing.

Creuzot says there are evidence-based interventions under consideration, and he’s hoping to get started next month.

“We believe that the needle is continuing to move in the direction that we want to see it going,” Cortopassi said.

The judge says he's already met with Dallas Police Chief Renee Hall and members of the ministerial community regarding that program he's working on.