County commissioners voted to reduce the number of vote centers in Dallas County due to a shortage of poll workers.

DALLAS - Dallas County voters will have fewer locations to cast their ballots on election days in May and June.

County commissioners voted Wednesday to reduce the number of vote centers due to a shortage of poll workers.

The voting centers the county is choosing to close are ones with low turnout or locations where another site is within a half-mile.

But if someone objected to a site closing, like at Canyon Creek Elementary School, it is remaining open.

Dallas County Commissioner John Wiley Price is concerned if the county closes about 10% of its 469 vote centers that will hurt voter turnout.

About 1,800 people previously cast ballots at the sites under consideration. 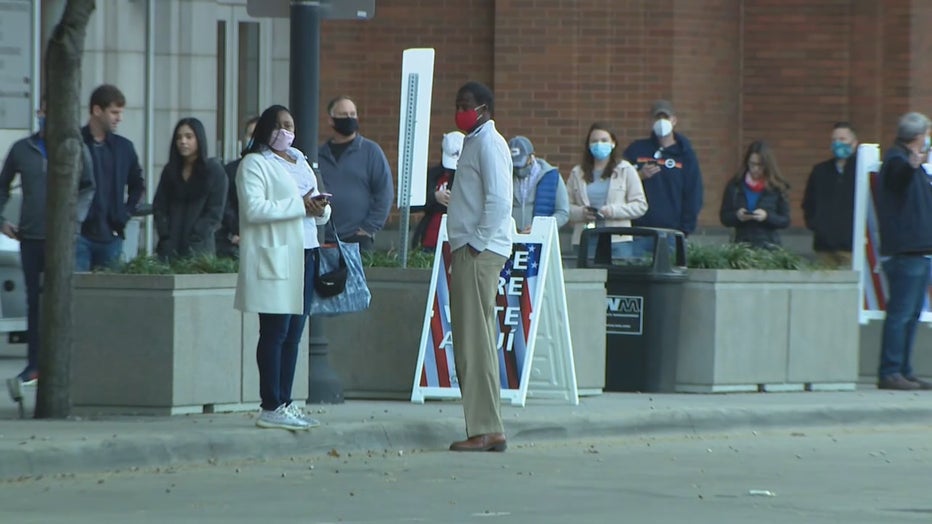 Dallas County Judge Clay Jenkins explained the county is having trouble finding workers to staff all of the vote centers.

"If you need temporary workers, it’s not as easy as when it was 9% unemployment," he said.

71 poll workers did not show up to get election equipment the Sunday before the March primary elections.

Several elections workers spoke in favor of reducing the number of vote centers.

"When I was working recently, we had some issues," said Dallas County Election Judge Stephanie Smith. "And the tech help wasn't able to come. They were overwhelmed with requests because so many vote centers they have to get to."

"When we’re spending $300,000 a ballot to run these elections, we are not being good stewards of the county's money," said elections worker Wes Bowman.

"I appreciate that frugality all of a sudden. But at the end of the day, it is about every vote counting as well," he said. "You didn't have to do literacy tests, poll taxes. Every vote counts."

Spending $5,000 for 20 people? I could hire a limo service to take them to the voting location," Bowman said.

"The hope we have a new generation of election workers ready to not only get credit for working elections but also pay with new rate we recently approved," she said.

While the county initially proposed cutting 68 vote centers, in the end, commissioners agreed on 39.

For now, the closures are only for elections in May and June. But it is possible commissioners could extend them for the November general election as well.