Dallas code officers said they’ll continue to educate establishments in hopes they reverse any wrongdoings before they would have to cite them.

It has a nightclub feel to it, with people dancing to music.

It was one of many establishments City of Dallas Code Enforcement visited this weekend, the first weekend since state-issued rollbacks took effect, leading to closing of bars and lowering restaurant capacity to 50%.

“We do have some locations that, you know, get a little frustrated because we’re out there enforcing it,” said Jose Ruiz, code supervisor for City of Dallas Code Compliance.

Ruiz said Café Salsera was over capacity Saturday night. The restaurant apologized and cleared people out to get below that 50% threshold.

“They were issued a notice of violation to come into compliance within 30 minutes. Within 15 minutes, they actually had people step out. They actually had 30 people leave the premise,” Ruiz said.

Salsera promotes tequila Thursday’s and Johnny Walker Friday’s, but while it’s always been classified as a restaurant.

But there have been 2,800 bars that are now reclassified to restaurants, which means they can serve alcohol as long as food sales eclipse alcohol sales.

“So far [Saturday] and [Friday] night, most businesses comply with our request once we make them aware of the violation,” Ruiz said. 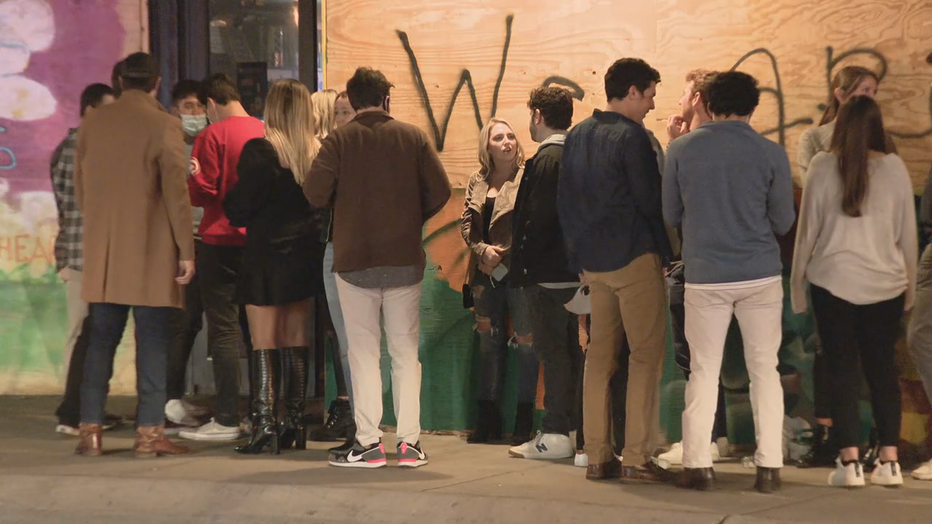 The city said Pryme Bar in Dallas was operating as a bar last week, as it had not reclassified, and voluntarily closed. The city said it gives establishments a warning, and hasn’t issued a citation since July.

“People are trying to make a living out here as well, so we understand their cries,” Ruiz said.

Governor Greg Abbott’s order gives wiggle room, and the Texas Bar and Nightclub Alliance said it’s simple to reclassify from a bar to a restaurant.

“You can serve sandwiches from a 7-Eleven,” said Michael Klein, with the Texas Bar and Nightclub Alliance.

They are instructing bars how to reclassify, but feel, because of this legwork, bars and nightclubs have been singled out by the governor.

“And this one person has decided this is what the current rules are,” Klein added.

However, it’s not keeping everyone away, even some from out of town.

The Texas Alcoholic Beverage Commission has suspended permits for some bars that have refused to close during the pandemic.

But for now, Dallas code officers said they’ll continue to educate establishments in hopes they reverse any wrongdoings before they would have to cite them.

“Make sure they’re within the occupancy load, educate them on the COVID regulations as they may be running afoul on some issues,” Ruiz said.