Dallas city leaders hope to crack down on panhandling problem

Dallas City Council members want the city to crack down on the panhandling problem that they say is a public safety issue.

DALLAS - Dallas City Council members want the city to crack down on the panhandling problem that they say is a public safety issue.

The Dallas Police Department's new chief answered questions about the issue on his first day on the job.

City staff presented some ideas that ranged from offering the homeless jobs like painting city murals to banning all forms of solicitation or giving. Many council members thought the solutions did not quite hit the mark. 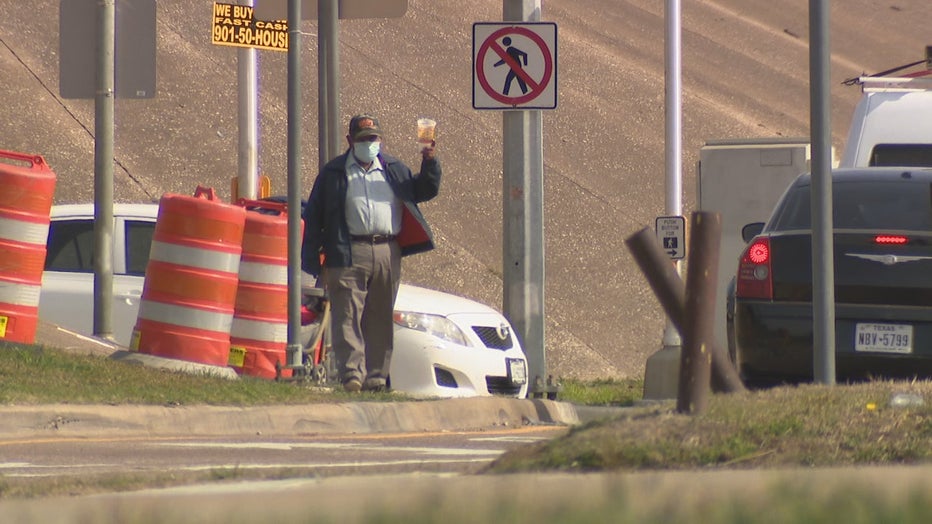 When it comes to aggressive panhandling, Dallas City Council members had story after story.

Council members said panhandlers who are often not truly homeless are a public safety and public health issue.

"I’m tired of getting photos of public urination and defecation in a median," said Councilmember Lee Kleinman. "Our city management is just letting it happen."

But councilmembers were less than impressed with ideas city staff presented that included offering panhandlers jobs and services.

"It doesn't answer what happens when someone rejects everything," said Councilmember Cara Mendelsohn. "They don't want help. They just want to stand in the road and trash everything. Now what?"

Mendlesohn said other cities have had success with partial bans on solicitation.

"Something working is limiting hours and locations," she said. "They do that in Plano and Richardson. They don't have this problem."

Kleinman said he supports a ban on solicitations in intersections.

"We've got to get enforcement. The compassionate side is not working," he said.

On his first day on the job, Dallas Police Chief Eddie Garcia admitted calls about panhandling would continue to be lower priority calls.

"In instances where volume is up, it would take a while for officers to get to," he said.

Dallas city attorney Chris Caso said the city could look into having code enforcement or the city marshal’s office write tickets to enforce a ban on a solicitation. There will be more discussion on this issue at a later date before it goes to council for a vote.