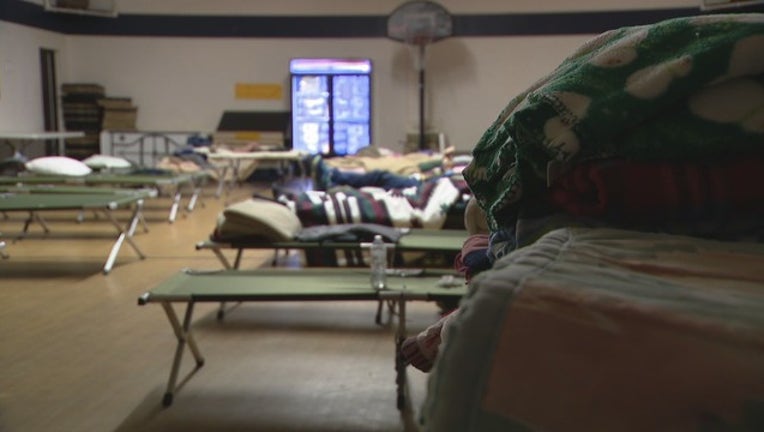 Talks started after a church group got slapped with a code violation for sheltering homeless people during freezing temperatures.

Right now, it is illegal in Dallas to temporarily shelter homeless people within 1,000 feet of a church.

And that's a problem for the many churches who want to use their facilities to help keep people from freezing overnight.

"When the temperature falls below freezing, we open our doors,” said Pastor Wayne Walker, director of Our Calling. “We feel morally obligated and it is the right thing to do."

Pastor Walker has found out that no good deed goes unpunished in Dallas.

“We got issued this code violation from the city,” he said.

That came from someone filing a complaint because Our Calling is a church, and in Dallas, churches are restricted from sheltering homeless people even on freezing nights. Legally, they can only “support other private facilities that are properly licensed.”

Pastor Walker spoke to city council members in hopes of changing that.

“Portland, Chicago, Washington D.C., even Houston, Frisco, McKinney, and Mesquite, those cities and many others utilize churches in inclement weather,” Walker said.

“I worry that many of the proposals that are before us, come from a not in my backyard mentality,” she said.

Pastor Baughman said this past winter, her church provided a warm place to sleep for the homeless, including mothers with infants and toddlers who had no place else to go.

“When we open the doors of our church, we proclaim that infants won’t die on the street tonight. Not in my backyard,” Baughman said.

Council members agreed the city needs to update its zoning policy to allow churches to legally provide emergency shelter to the homeless.

“If this was our own children, we would not be having this conversation. But damn those icky homeless people when they come into your neighborhood. Let's call this what it is,” Dallas City Councilman Mark Clayton said.

In the end, the city decided to go back to the drawing board.

“We need to have some rules on this thing, I'm very confident, our great city's attorney’s office and city manager will be able to figure this out,” Dallas Mayor Mike Rawlings said.

The city appears poised to revise its zoning ordinance to allow churches to apply for specific use permits.

That would allow the city to have oversight of the sheltering activity, as well as limit the number of churches providing shelter in a particular area.

There is no date set for when the city council will reconsider the proposal.