Several city council members spoke in favor of reallocating city funds to other programs to help the community.

The calls to defund the police come as Dallas is trying to balance its budget.

Dallas officials say the police department is $6.5 million over budget with almost 100 unbudgeted police officers who need to be paid. But city council members are at odds on how to move forward with police funding.

As public cries to defund police departments grow louder across the country, the city of Dallas is trying to balance its budget, including funding for Dallas police.

According to city employees, DPD has used $20 million of its overtime budget for the year and estimate they racked up about $1.5 million in unexpected costs to staff just the first week of recent protests.

There are other costs that need to be paid, like the 97 officers they hired above what they planned for. 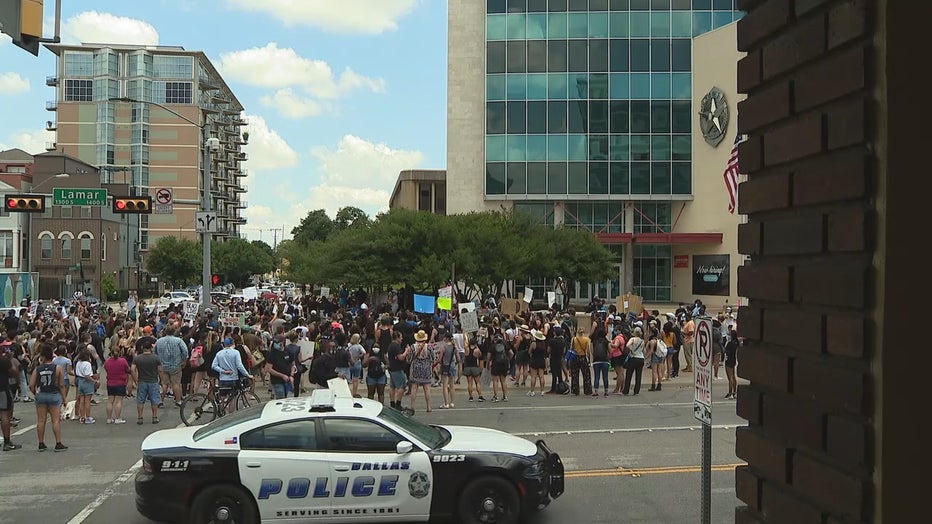 “We have to address public safety in a way that we haven’t before, which is going to be looking at where we are able to impact public safety maybe from some budget items wouldn’t normally be umbrella’d under public safety,” said Councilman Adam Bazaldua.

Despite the costs, some council members are asking to rethink how the city funds the police department and take a look at other ways city funding can be used.

“Nobody is saying we don’t need police officers, because we do. I back the blue as much as anybody else,” said Councilman Casey Thomas. “However, there are also things we can consider that’s going to allow us to move funding into other areas to address some of these mental health concerns and other concerns and provide resources in the community.”

But others expressed concern that they were bowing to recent public pressure to defund the police department.

“The increase to police funding is to pay for new police officers we were able to recruit and existing officers were able to retain. The council members have been briefed about this issue and not one person objected,” said Councilwoman Cara Mendelsohn. “There's just a lot of cow-towing to pressure that seem to be getting. The reality is we’re on the right track. We’re addressing poverty issues. We’re addressing it through our budget today.”

Ultimately, the council voted to delay making changes to DPD’s budget and take a closer look at how the money is spent.

“There's a lot of moving parts and people reacting out of emotion,” said Councilwoman Carolyn Arnold. “And we need time to take a step back so we can do the right thing.”

The city council will revisit the issue and vote on it no later than August. They typically finalize the budget in September.