DALLAS - The Dallas City Council has moved forward with a proposed plan to invest millions to renovate a historic ballpark in Reverchon Park in the Oak Lawn neighborhood.

The city council on Wednesday considered a proposal for a private company to take control of the renovations and bring in a minor league baseball team to use the new ballpark.

Donnie Nelson’s group, Reverchon Park Sports and Entertainment, made the proposal last year after a previous, similar deal fell through.

The plan would turn the aging and neglected Reverchon baseball field into a 3,000 seat venue.

Nelson’s group would operate it for 20 years with extension options with the city getting about $30,000 a year. But concerns from the community over a perceived lack of transparency led to city council shelving the deal in December with a 7-7 vote. 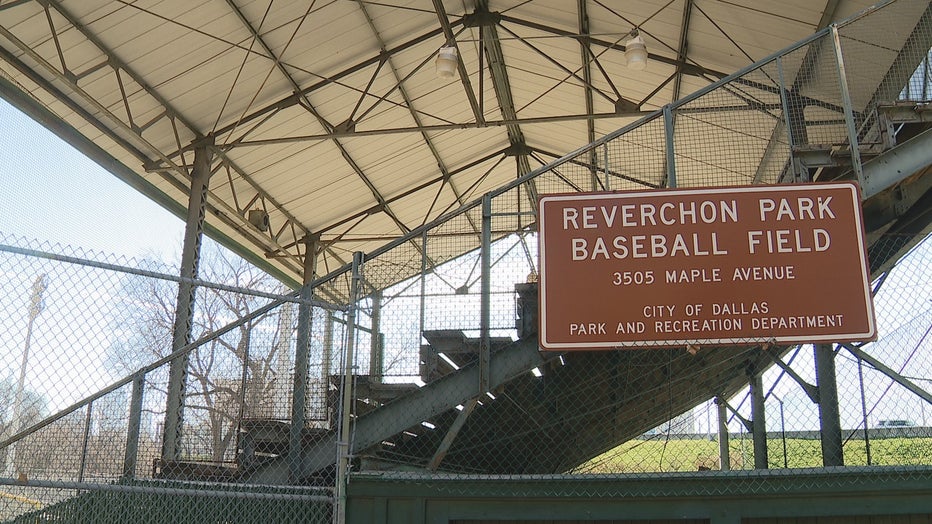 It was brought back to council for reconsideration Wednesday. Residents who live in the area worry about noise from what’s being labeled as a potential ‘concert venue’ as well as traffic concerns and a feeling that their public park won’t be theirs anymore.

“I’m heartbroken. I think it’s a big change to Reverchon Park,” said resident Carol Bell-Walton. “And I don’t think the process was fair or open or transparent, and now it’s a done deal. Now, they’re accepting community input, but it’s really too late.”

Just about everyone agrees that the ballpark needs renovation. The issue comes down to how it should be renovated.

Many of the people who came in support of the public-private partnership were members of organizations like Friends of the Katy Trail and Friends of Reverchon Park as well as local little leagues.

“When that happens and people aren’t in the park, that community takes back over so we kind of go through fits and starts,” said Gerry Mecca with the North Texas Amateur Baseball League. “For a while, the police department parked a car down there just to make it look like there were police action going on.”

For Jesse Moreno, Reverchon Park holds a special meaning to his family.

“My dad played baseball here,” he recalled. “I would watch three or four innings, maybe. Then, I would head over to that creek back there.”

A heated debate happening at the Dallas City Council as residents push back on a proposed plan to invest millions to renovate a historic ballpark in Reverchon Park in Oak Lawn.

Moreno now serves on the Dallas parks and recreation board and is part of a group of residents raising concerns over newly proposed changes to this ballpark.

We just want to make sure this park is for everybody and that it's not just for special interest groups,” he said. “Yes, the ballpark needs to be renovated. We've already had committed funding from private donors.”

“I'm not in favor of turning this into a facility that's going to charge admission for every game,” said resident Becky Rader. “That it's going to be a minor league only plus entertainment center, which this was never meant to be.”

Residents are concerned about reduced parking, increased traffic and other issues that come with making big changes to what's already there.

“This is not the end of the process. This is a step along the way,” he said. “This is us finding out if this is a good idea. There will be plenty of time for the community to be engaged, to have their voices heard on traffic, on noise, on a whole variety of issues that are important to them.”

Residents say they'd like to see the ballpark restored but not demolished.

“I don't want the public locked out,” Rader said. “Parks are supposed to be open for everybody. Privatizing this part of the park, I don't go for that.”

“I think the next generation of people who want to live in Dallas want to have activities in their parks,” Blewett said. “So we're going to have to figure out how to manage and see if it's possible to do this here.”

Dallas ISD would be granted free use of the new ballpark. Superintendent Michael Hinojosa spoke in favor of this plan.

In addition to the upgraded ballpark, MLB pitcher and former Highland Park star Clayton Kershaw’s charity will build an all-abilities park. It’s slated to be built on some space in Reverchon Park near Scottish Rite.

Meanwhile, the city council says there will be plenty of opportunities for public input during the design process. The park board will be involved throughout the process.