A Dallas church says it took more than a week for police to fully respond to a burglary earlier this month.

DALLAS - A Dallas church says it took more than a week for police to fully respond to a burglary earlier this month.

Video shows the burglar creeping through the Willow Grove Baptist Church in Southwest Dallas on October 2.

It took eight days, and a phone call to a Dallas City Council member before a detective was put on the case.

Church leaders say the real worry for them is that the day after the crime, the burglar was spotted in the same clothes and watched by a church member for two hours, but their call to 911 was never answered.

Kenosha Combs and Pastor Mark Walker Sr. went through the video that showed the man who broke into 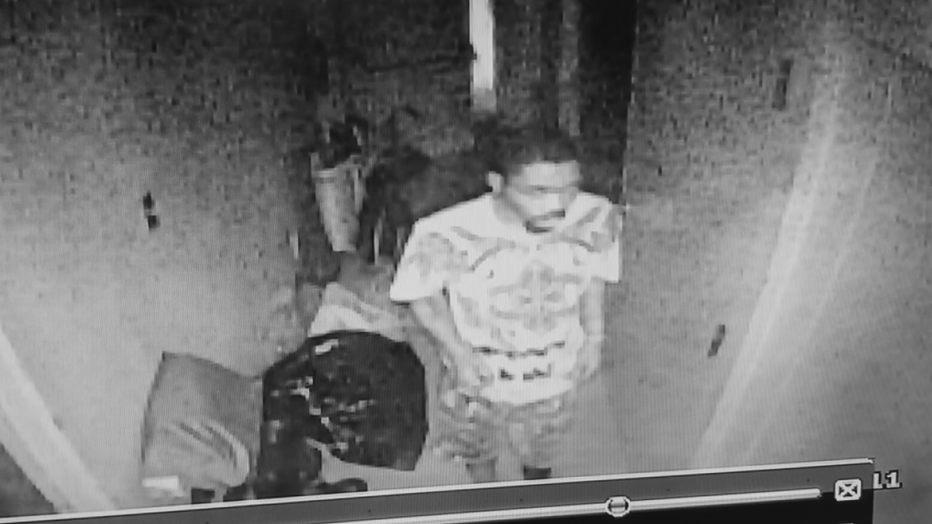 “[Police] came that day, Officer Brightmon, and he informed us that a detective was going to contact us within 48 hours,” Combs recalled.

The burglar was spotted wearing the same clothes the next day by a church member outside The Corner Store.

“The officer told me to dial 911 and tell them that this is their person, you've located the person that burglarized your building,” Combs said. “So I did, and they said, ‘We're sending an officer.’ Our member stayed and watched the guy stand outside. He was just standing outside The Corner Store for two hours and no officer ever showed up.”

Pastor Walker said it was frustrating.

“We're talking to the policeman and he tells us to call 911, when it could have been easy for him to move through the department and make sure that happened,” Pastor Walker said. “And we feel if they had reacted, the church next door that night got broken into, and maybe that would not have happened.”

As far as the other church being burglarized, Pastor Walker admits he does not know for certain if it was the same guy.

But eight days after his church's burglary, Walker said they called their council person and got a response.

“The supervisor of detectives called us and he had Detective Ibarra call us, and then that’s when things started rolling,” Combs said.

“We have received that footage, and based on that footage, we have drafted the bulletin that will be, that has been distributed throughout the patrol elements that work that area,” Det. Ibarra said. “I’m hoping that the community can come step forward and help me identify this guy because obviously he violated the sanctity of the church.” 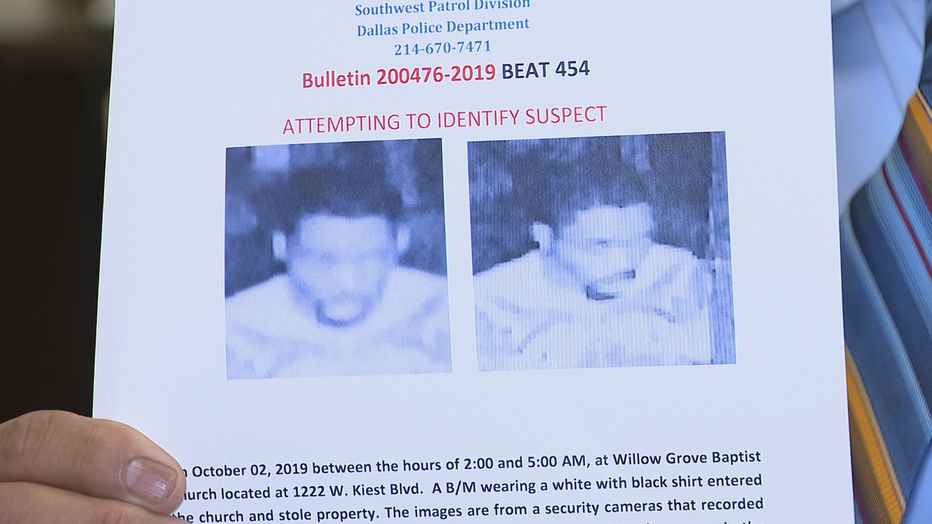 Pastor Walker said that he has been and continues to be a big supporter of Dallas PD.

If you recognize the man in the police BOLO, call DPD Southwest Investigations at 214-670-7471.