The Black Police Association of Greater Dallas called for a press conference on Friday to support the police chief.

It's all in response to a letter from Dallas Mayor Eric Johnson that some interpreted as an attack on the way Chief Hall is running the Dallas Police Department.

The Black Police Association of Greater Dallas called for a press conference on Friday to support the police chief.

"We are tired of everyone trying to fix the blame on Chief Hall," said DBPA President Terrance Hopkins. "The issues in Dallas are not just a chief problem alone." 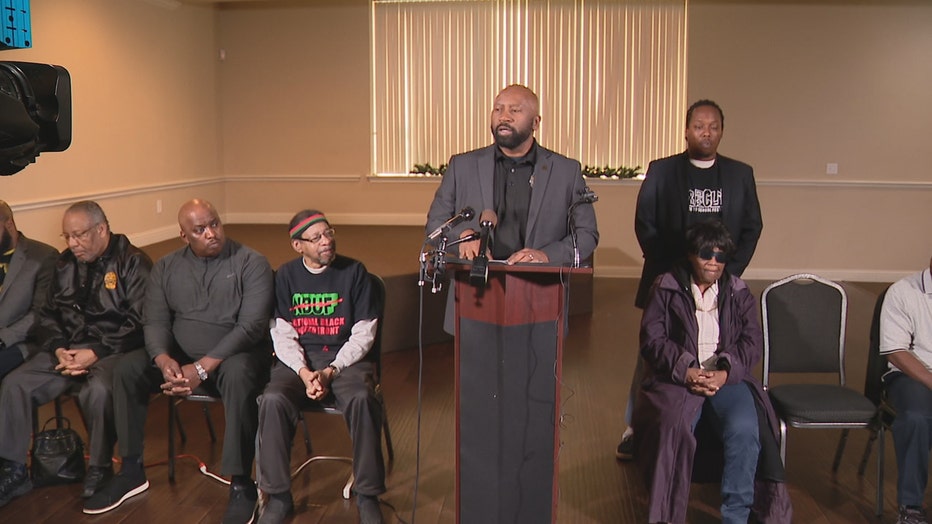 They were joined by community members who believe that Chief Hall inherited the problem Dallas has with increasing violent crime and do not believe it is her problem alone to solve.

It comes after Johnson sent a strongly worded letter to the city manager earlier this month, stating that it is unacceptable that the city is on pace for more than 200 homicides this year and calling for a plan to reduce violent crime to be presented to council next month.

The mayor gave his State of the City address this week, saying he's not trying to get rid of the police chief, but he does want specific tactics and strategies from her.

Her critics, including some city council members and the president of the Dallas Police Association, have said task forces are not how you reduce crime -- there should be more leadership over her administration.

A retired Dallas police homicide sergeant also spoke saying that counting the number of homicides is not a way to evaluate a police chief.

"I don't think that evaluating murders would be accurate to evaluating her job as police chief," Cletus Judge said.

Last week, Dallas Police Association President Mike Mata said that Chief Hall does carry some of the blame. He said that the violent crime taskforce she created isn't working.

Chief Hall was not at the press conference and has not spoken publicly in reference to the mayor's letter.