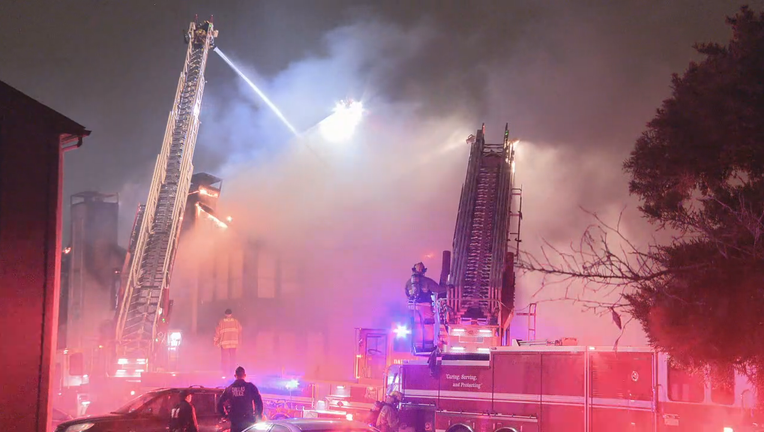 DALLAS - Fire investigators said a Dallas apartment fire that sent one person to the hospital and others scrambling likely started in a second-floor kitchen early Saturday morning.

When firefighters arrived at the scene just after 4 a.m., they saw flames and smoke coming from the roof of the two-story building in the 12000 block of Audelia Road.

Everyone was able to make it out, but one person was taken to the hospital after being exposed to smoke.

There was a 2-alarm response by fire crews, and about 50 firefighters were called to put out the flames.

At least 20 people were displaced by the fire, which damaged 10 apartments.

It’s believed the fire started in the kitchen of a second-floor apartment, but the exact cause is still being investigated.