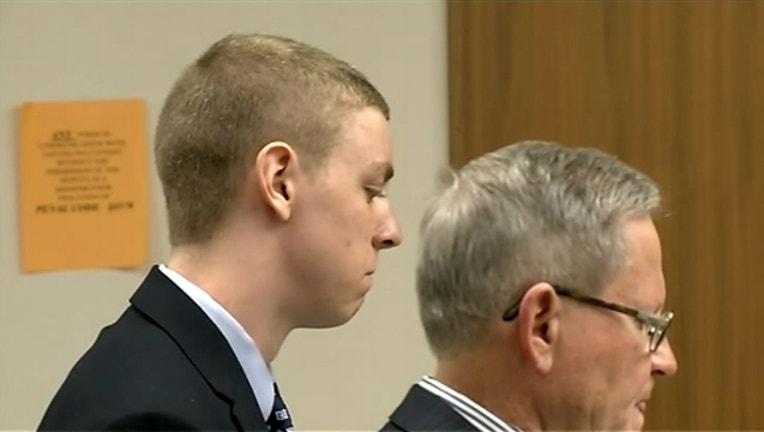 SAN FRANCISCO (AP) — A judge who sentenced a former Stanford University swimmer to six months in jail for sexually assaulting an unconscious woman used to play lacrosse at the school a few miles down the road from his courtroom, where attorneys said that he is respected and fair.

On campus and on social media, however, Santa Clara County Judge Aaron Persky has been vilified as too lenient on a privileged athlete from a top-tier swimming program in a case that captured the national spotlight. Some are urging he be removed from the bench.

Persky said in court Thursday that he was following the recommendation of the county's probation department by sentencing Brock Turner, 20, to six months in county jail and three years' probation. The judge cited Turner's clean criminal record and the effect the conviction will have on his life. Turner, of Dayton, Ohio, also must to register for life as a sex offender after a jury convicted him of three felony counts of assault and attempted rape.

The case first gained national attention after prosecutors released a poignant statement addressed to Turner and Persky that the 23-year-old woman read in court before the sentence was announced.

The local prosecutor disagreed with the sentence, arguing for six years for crimes that could have sent Turner to prison for 10 years. But lawyers who have appeared in Persky's court call him a fair and conservative judge in the county in the heart of Silicon Valley.

Barbara Muller, a criminal defense attorney who works two weeks a month in Persky's court, says he "is definitely one of the fairest judges" in the county.

"He considers all facts and is very thorough," Muller said. "He plays it right down the middle."

The judge is barred from commenting on the case because Turner is appealing his conviction, court spokesman Joe Macaluso said.

Some are urging for his recall in Change.org petitions, and Stanford University law professor Michele Dauber, a friend of the victim, launched a campaign to remove Persky from the bench. Dauber didn't return phone calls and email inquiries from The Associated Press seeking comment Monday.

But Santa Clara County District Attorney Jeff Rosen, whose office argued for a prison sentence for Turner, said Persky should not lose his job because of the ruling.

"While I strongly disagree with the sentence that Judge Persky issued in the Brock Turner case, I do not believe he should be removed from his judgeship," Rosen said in a statement Monday. His office would not comment further.

Persky, who has no record of judicial discipline, was previously a Santa Clara County prosecutor responsible for keeping sexual predators locked up. Democratic Gov. Gray Davis appointed him to the bench in 2003.

Persky earned two undergraduate degrees from Stanford in 1984 and 1985, and he said in campaign literature that he was captain of the school's lacrosse team, a club sport. Persky graduated from the University of California, Berkeley's law school in 1990.

Criticism surrounding the case intensified when Dauber, the law professor, released a letter that Turner's father wrote to the judge before sentencing, pleading for leniency and telling the court his son has already paid a steep price for "20 minutes of action."

Turner has left Stanford, whose men's swim team is one of the top 10 teams in the country this season, and his once-promising Olympic-hopeful swimming career has ended abruptly.

"His life will never be the one that he dreamed about and worked so hard to achieve," the father wrote. "That is a steep price to pay for 20 minutes of action out of his 20 plus years of life."

An emotional statement that the 23-year-old victim read in court described how the attack left her emotionally scarred.

"My independence, natural joy, gentleness, and steady lifestyle I had been enjoying became distorted beyond recognition. I became closed off, angry, self-deprecating, tired, irritable, empty," she said.

She was so intoxicated that she did not wake up until hours after the attack. Turner also was intoxicated. The Associated Press does not generally identify victims of sexual abuse or assault.

Turner and the victim met for the first time at an on-campus fraternity party the night of Jan. 17, 2015. The victim was not a Stanford student, but a resident of nearby Palo Alto.

Witnesses say they left the party together in the early morning hours. Soon after, two graduate students say they saw Turner on top of the victim and thrusting his hips. One of the students said it appeared the victim was unconscious and that Turner tried to run off when they approached to check on the woman.

The student chased after Turner, tackled him and held him down until police arrived. The woman was unconscious and taken to a nearby hospital.

Turner was charged with rape and three other felony counts. The rape charges were dropped in October, and a jury in March convicted him of assault with intent to commit rape of an intoxicated victim and two charges of digitally penetrating an unconscious and intoxicated victim.