Cyclists warning others about booby traps found on Dallas trail

A group of cyclists are asking police to step up patrols at a Dallas trail after rope was found tied across the trail in an attempt to hurt people.

DALLAS - A group of cyclists are asking police to step up patrols at a Dallas trail after rope was found tied across the trail in an attempt to hurt people.

They believe a group of kids are behind it.

"I caught it, and I was like, ‘What the heck?’" cyclist Ginny King said. “I’ve never seen anything like this.”

King is warning people who use the Sopac Trail, connecting the White Rock Lake Trail to the Santa Fe Trail, about someone tying rope across portions of the trail, possibly in an attempt to injure people.

"And one day, I was riding and I came across this rope. Was tied from side-to-side, about this level," King explained.

"He didn't see it until last minute and I think he laid the bike over," she said.

FOX4 met her on the Sopac Trail on, where even more rope was found. 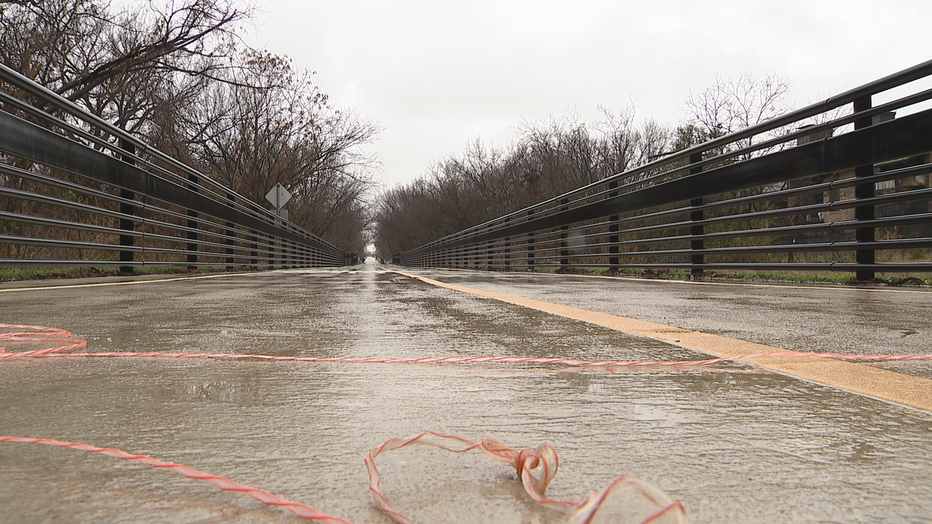 King said last week's victim saw a group of kids running away laughing after his crash.

The trail is located near Emmett J. Conrad High School.

"We see kids out here all day long during school hours, and that's what's concerning to me, is these are kids that should be in school but aren't in school and they've got too much time on their hands and they're just causing trouble," cyclist Martha Parks said.

“I wish that the Dallas police would amp up the bike patrols in this area because there's absolutely no supervision,” Parks said.

"So we're not getting as much patrol at White Rock Lake or on these trails, which I think is much needed," King added.

Dallas police said they’re aware of the incidents, and are investigating. Bike officers will monitor the area closely, especially during school hours.

King's hope is that, whoever it is, either stops or gets caught before another incident.

"You can't see it until you're about right here, and sometimes it's too late," she said.

DPD officials said it will look into adding additional bike officers to the trail as needed.

So far, no suspects have been identified.