Firefighters do not like the high winds but appreciated the rain they got on the front lines of wildfires Monday afternoon. FOX 4's Hanna Battah has a look at the progress they made during the wild weather.

The Eastland Complex fire, which began as seven separate fires, has burned more than 54,000 acres in Eastland County. The area is about 115 miles southwest of Fort Worth.

Crews are focusing on keeping the flames from spreading further. 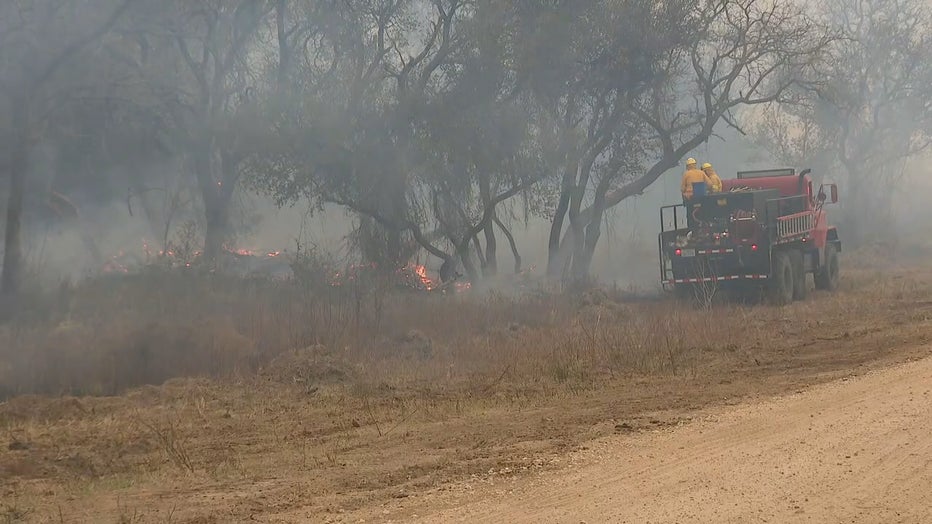 Monday’s rain provided some help for firefighters battling the Big L fire. That fire has burned more than 10,000 acres in Hood and Erath counties.

The Texas A&M Forest Service said it’s now 70% contained and firefighters have stopped it from spreading any further.

All evacuation orders in Hood and Erath counties were lifted Monday.

Four firefighters were injured battling the Big L fire. One had minor burns and three others were treated for dehydration.