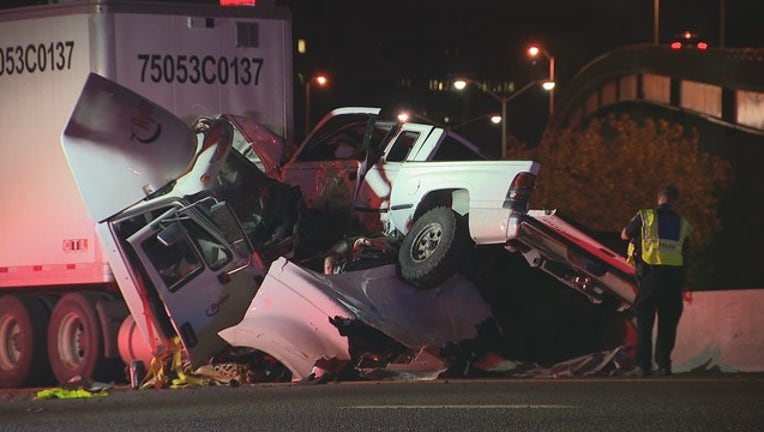 DALLAS - A 33-year-old man was hospitalized in a crash that involved an 18-wheeler early Saturday morning.

The Dallas County Sheriff's Office was called out to the crash just before 12:30 a.m.

Authorities found that an 18-wheeler had hit the concrete wall in the northbound lanes of I-35, near the Dallas North Tollway exit.

The 18-wheeler crashed into a truck in the southbound lanes, and Dallas Fire-Rescue transported a 33-year-old man to a hospital. He is said to be in stable condition.

Postal police were contacted, since the 18-wheeler was a postal delivery vehicle.

At least two other vehicles were involved in the aftermath of the crash.