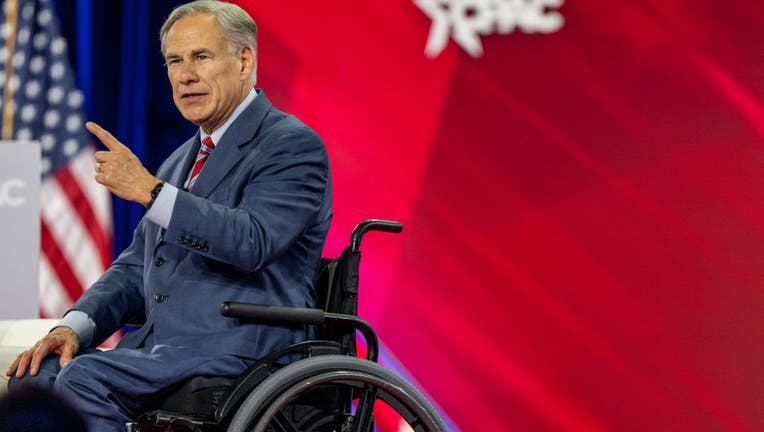 DALLAS, TEXAS - AUGUST 04: Texas Gov. Greg Abbott speaks at the Conservative Political Action Conference CPAC held at the Hilton Anatole on August 04, 2022 in Dallas, Texas. CPAC began in 1974, and is a conference that brings together and hosts conse

DALLAS - Gov. Greg Abbott boasted about why so many people are leaving states like California and coming to Texas.

He was one of the feature speakers on the first day of the Conservative Political Action Conference in Dallas.

He called on congressional Republicans to impeach President Joe Biden’s Homeland Security secretary if they retake Congress in the fall elections.

He also said Texas has packed up and taken more than 6,500 migrants from the southern border to Washington D.C. by bus.

"They cannot handle that one single challenge. We deal with that same number every single day. I got one thing to tell you and tell them – there are more buses on the way as we gather at this conference today," Abbott said.

Abbott sadi the buses will begin dropping migrants off in New York City, in addition to Washington D.C.

Former President Donald Trump is a fan, but Orban’s critics say he has undermined democracy and enacted racist and homophobic policies in his country.

The convention continues Friday with Texas Sen. Ted Cruz among the scheduled speakers.

Trump closes things out by headlining on Saturday.