The Dallas County Medical Examiner’s Office ran out of room Tuesday to place dead bodies waiting for an autopsy.

DALLAS - The Dallas County Medical Examiner’s Office ran out of room Tuesday to place dead bodies waiting for an autopsy. For the first time, they had to place some bodies in a refrigerated truck at the back of the county morgue.

Refrigerated trucks have also been requested in other counties in Texas and a handful of states because of COVID-19 deaths. But the virus alone is not the whole story in Dallas County.

The ME’s office has had the truck for months after it was donated by a citizen as a resource if needed. Tuesday was the first time it has ever been turned on. 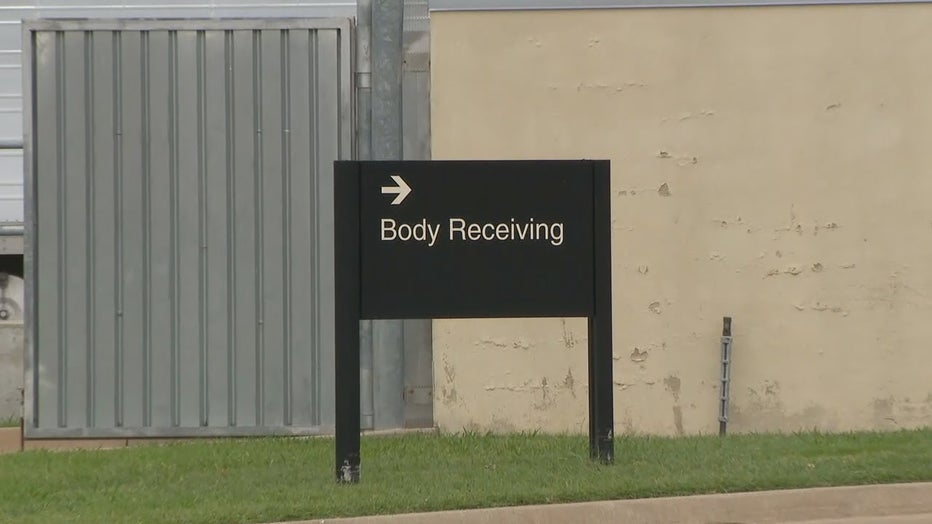 Dallas County Chief Medical Examiner Dr. Jeffrey Barnard says a giant caseload on Tuesday put them beyond capacity. For the first time since the 90s, some bodies waiting for autopsy had to be temporarily placed in a refrigerated truck.

“We had 32 cases in-house that had to be dealt with, and we had 12-14 at hospitals,” Dr. Barnard said. “And the hospitals’ capacity to store was being superseded too, so we had to turn it on. Today we had five cases in the cooling truck.”

COVID-19 isn’t completely responsible for the total autopsy backlog at the ME’s office.

Dallas County Commissioner John Wiley Price says some of the murders are drug-related. Others have been domestic. All of them have been stressing cadaver capacity.

“Right after the lockdown, homicides began to spike. So while they traditionally do four a day, they were doing eight to ten. So the surge, it’s continued. It’s continuing,” Price said. “It’s a real sad irony in the midst of this pandemic that’s what we're having to manage.

Dr. Barnard says the increased autopsy load comes from COIVD-19 cases, homicides, suicides and natural deaths. Some people are dying without ever getting to a hospital.

“Some of which are COVID related. Some of which I think may be people who are afraid to go to the hospital who've been dying of a potentially treatable event,” he said.

Dr. Barnard feels it won’t be the only time the refrigerated truck will be needed. The autopsy workload for his 13 pathologists has doubled since the pandemic.

“Some of the cases are directly related to COVID. Some are indirectly related. But our increase unequivocally has to be related,” he said. “Because we've gone from one caseload on a regular basis pretty consistently. Over time with population increases, a very slow increase to basically double on a daily basis.”

With the number of bodies being released to funeral homes, Dr. Barnard expected the five awaiting autopsies in the cooling truck would be back in and on tables on Wednesday. However, he does expect it to happen again.

The only other time when a refrigerated truck had to be used to store bodies was in October 1991 following the mass shooting at Luby's in Killeen when 24 bodies were brought to Dallas for autopsies.