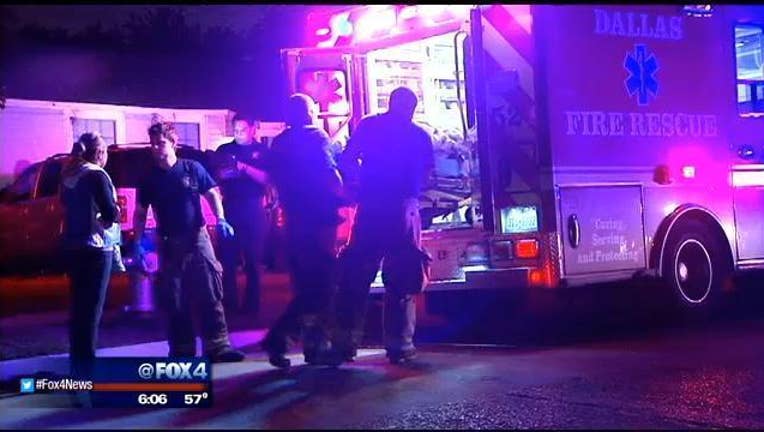 Dallas police say a woman and her boyfriend were hit by gunfire as they drove through Oak Cliff just after midnight.

Police found their pickup crashed into a tree in the 1600 block of Hansboro Avenue.

They believe the shooting happened near Kiest Park.

The woman identified the gunman as her ex-boyfriend.

Police are still searching for that man.