Oscar Rosales, 51, is wanted and charged with capital murder for the deadly shooting of Corporal Charles Galloway of the Harris County Pct. 5 Constable’s Office.

HOUSTON - Authorities have identified the suspect wanted in the deadly shooting of Corporal Charles Galloway of the Harris County Pct. 5 Constable’s Office.

A combined reward of up to $60,000 is being offered for information leading to the arrest of 51-year-old Oscar Rosales, who Houston Police Chief Troy Finner said should be considered armed and dangerous.

"We are besieged by violence, and we need the community's help," Ogg said. "Justice is coming."

The Houston Police Department, Harris County Pct. 5 Constable's Office, and the Harris County District Attorney's Office provide an update on the deadly shooting of Corporal Charles Galloway and the suspect who has been identified and charged.

Chief Finner says authorities already searched multiple locations, and he is calling on "everybody to get into the fight of finding him."

"We're working with every law enforcement, federal, local, airports to bus stations, every part of our border in Texas. We need the eyes and the ears of all of our citizens to help us bring this suspect in custody," Chief Finner said.

Chief Finner says authorities learned that Rosales has tried in the past to change his appearance and he may try to do that again.

"Oscar Rosales is the name he is known by now. It is not known under that name where his true citizenship is, what his true criminal history is, but this photograph tells you who we are looking for," said District Attorney Ogg. You can't run from your own photo." 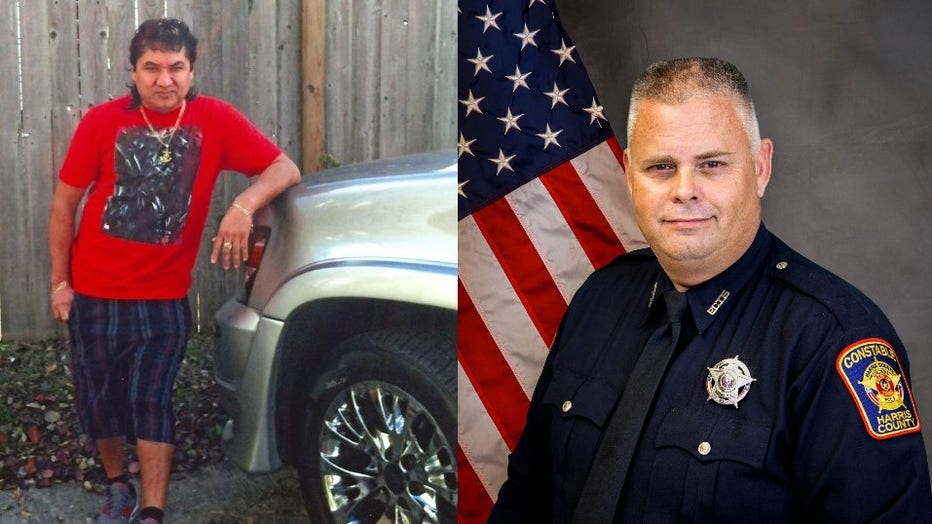 Authorities also said two of Rosales' family members – identified as Henri Mauricio Pereira Marquez, 42, and Reina Azucena Pereira Marquez, 40 –  have been charged with felony tampering with evidence in connection to the case.

"The Toyota Avalon that we were looking for has been recovered," said Chief Finner. "They were tampering with that vehicle." 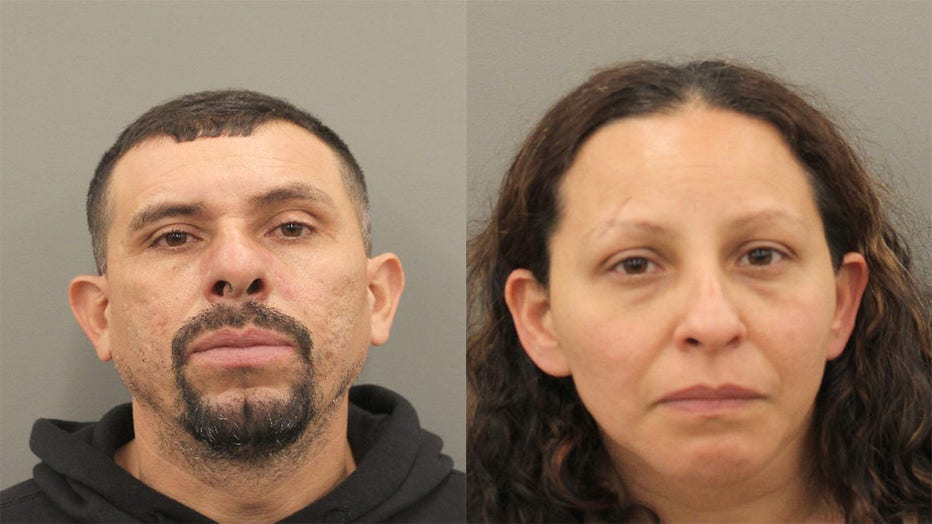 Authorities say Corporal Galloway, 47, was shot and killed on Sunday morning in southwest Houston while attempting to conduct a traffic stop. The deadly shooting occurred around 12:45 a.m. in the 9100 block of Beechnut.

According to the constable’s office, the driver exited the vehicle and fired repeatedly at Corporal Galloway’s patrol car.

Corporal Galloway was struck multiple times. He died at the scene.

"This is a murderer. This is a ruthless, savage execution," said Constable Ted Heap. "We will not stop until this individual is apprehended, whether it's on the federal, state or local level. People are looking right now and will not cease looking until he is apprehended."

Corporal Galloway joined Pct. 5 in 2009. He most recently served in the Toll Road Division, where he served as a Field Training Officer.

The Houston Police Department is handling the investigation in the shooting.

"Anybody that is assisting him is a felon," said Chief Finner. "They know he's a felon wanted for capital murder, we are coming after them as well."

Anyone with information on Rosales' whereabouts is asked to call Crime Stoppers of Houston immediately at 713-222-TIPS. All callers will remain anonymous.