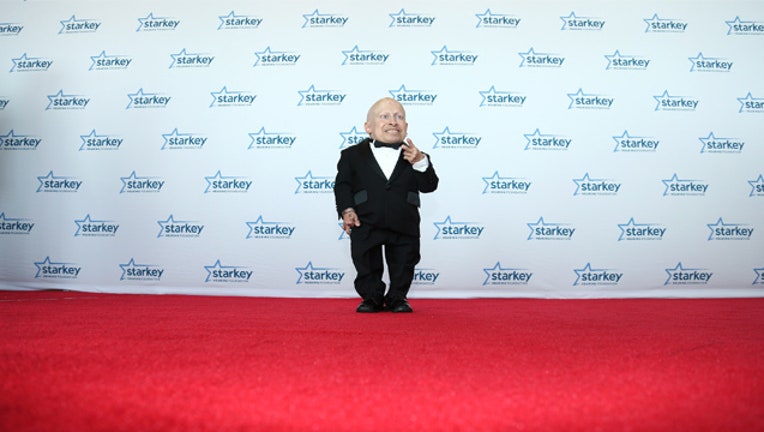 Troyer had a potentially fatal level of alcohol in his system and was saying repeatedly that he wanted to die when he was admitted to a Los Angeles hospital on April 3, according to the coroner's report. He died there on April 21 of multiple organ failure.

The report concluded that Troyer's death was caused by "sequelae of alcohol intoxication."

Sequelae is a term defining an action or condition leading to another ailment or, in this case, death.

"Based on the history and circumstances as currently known, the manner of death is suicide," Deputy Medical Examiner Martina Kennedy wrote in the report.

Troyer, who weighed only 55 pounds, arrived at the hospital with a blood-alcohol level above 300 mg/ml, enough to be fatal in some adults.

He had called paramedics to his home, saying repeatedly during his 911 call that he wanted to die. He would repeat those words again in the hospital's emergency room, according to the report.

Troyer's representatives said at the time that the 49-year-old actor had struggled with depression and thoughts of suicide. He had been admitted to a hospital in similar condition the year before.

Troyer, who stood just 2-feet-8-inches tall, was born with achondroplasia, a genetic condition that limited his height.

He also played banker-goblin Griphook in "Harry Potter and the Sorcerer's Stone" and appeared in dozens of TV shows, videos and other films in a career spanning more than 20 years.

After his hospitalization last year, he was candid about his drinking problem, saying he had followed up with a stint at a rehab center.

"As you know, I've battled alcohol addiction in the past and while it's not always been an easy fight, I'm willing to continue my fight day by day," he told People magazine at the time.