The Dallas County health department is working to determine if a 10-year-old Coppell boy died from the flu.

COPPELL, Texas - The Dallas County health department is working to determine if a 10-year-old Coppell boy died from the flu.

Coppell ISD officials confirmed Jaxon Campbell died this past Friday. He was a fifth-grade student at Austin Elementary School.

Health officials in Dallas County report they've recorded four adult flu-related deaths so far this flu season, and no pediatric deaths yet. They are still awaiting confirmation on the latest death. 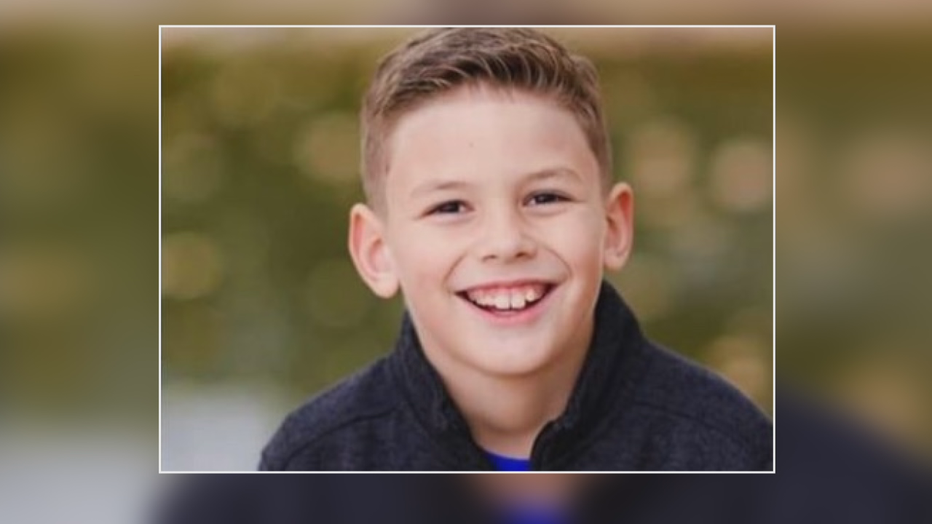 The school district released a statement saying that while Jaxon had the flu, it has not yet been determined if that caused his death on Dec. 27.

Coppell ISD described him as a fun-loving, outgoing boy who was known for his kindness, energy and sweet smile.

He was also known as a hard-working youth football and basketball player.

"When such a tragedy strikes a vibrant young boy, many questions arise as to the cause. From the start, we have been in close contact with his family and Dallas County Health Department medical professionals, who have shared what they know about the situation.  At this point, we know that Jaxon had the flu, though the confirmed cause of death is still pending," the school district said in a statement.

Those who knew Campbell held a candlelight vigil for him outside Pickup USA Gym in Coppell. It was a place where coaches said he loved spending time playing basketball.

Dallas County health officials have said that even though the flu season appeared to hit earlier this year, it has not been as severe as past years.

“It's probably been 10 years since we've seen the flu reach some of the milestones this early,” Director of Dallas County Health and Human Services Dr. Phil Huang said. “It's not as severe as some we've seen. Certainly a couple years ago, many more deaths. Again, it's been an early season, but the severity doesn't seem to be as strong as it has been. But we don't know how it's going to play out at all.”

The latest data from Children's Health recorded the highest flu activity so far this season during the week of December 22, with a total of 564 flu cases across both their Dallas and Plano campuses recorded that week alone.

There have been 273 people in Dallas County who have been hospitalized for the flu so far this season, and Denton County recorded their first flu-related death this week.

And though the flu season is already in full swing, officials said it's never too late to take precautions and still get a flu shot.

“As kids are coming back to school, more being around others, there's certainly a possibility of more contagion. Do those prevention things: If you haven't gotten your flu shot, get it. Wash your hands, don't rub your eyes, nose, mouth,” Dr. Huang added.

An online fundraiser for Campbell’s family has already raised more than $9,000.

The school district is planning to have extra counselors on hand for when students and staff return from their winter break.